Artist Describes How It Feels To Be Living With A...

Having a pet is really great and it makes you kinder. And if the pet is a cat, then you know the ordeal of having it. Living with a cat can turn out to be really hilarious as you two have a love-hate relationship. If you are a proud owner of a cat, these comics will be the highlight of your day. The artist named the comics series WeFlaps and it’s lit AF.

The artist named Cody Stone Stowe is the owner of a cat named Coral. A comic artist by profession he picked up this little bundle of joy in 2016 thinking that a cat will be his ideal pet as cats are low maintenance. However, the reality wasn’t the same. He soon realized the devilish side of his cat and living with it was an absolute menace. That’s how he started the comics series.

1. The artist says, “They have so many looks that reflect human ones that I get quite the kick out of seeing on a cat. Slow glazed blink. Eye rolls. Side eye. There was so much there, and from that, so much to draw from.” 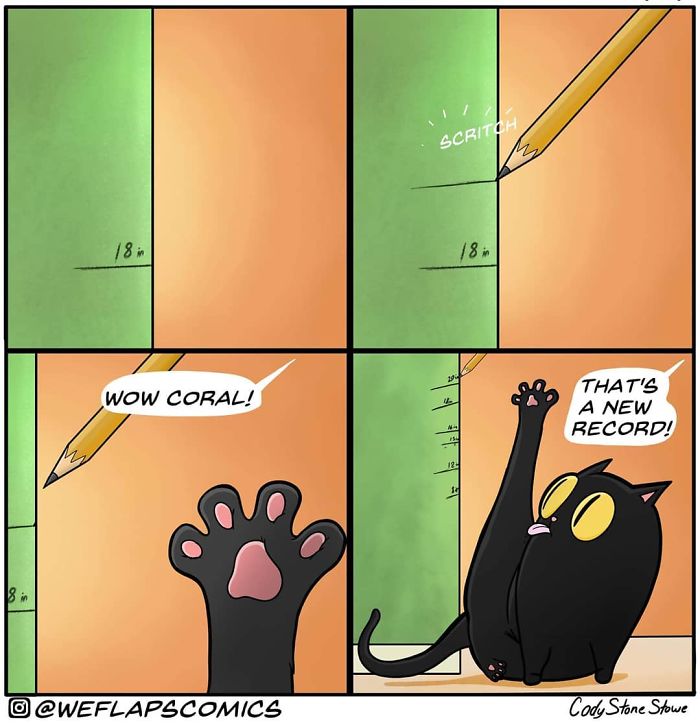 2. Cody started WeFlaps the same year he got Coral. He started with a Facebook page where he posted the comics. After he got a considerable amount of likes, the artist launched the merchandise and this is now his full-time job. 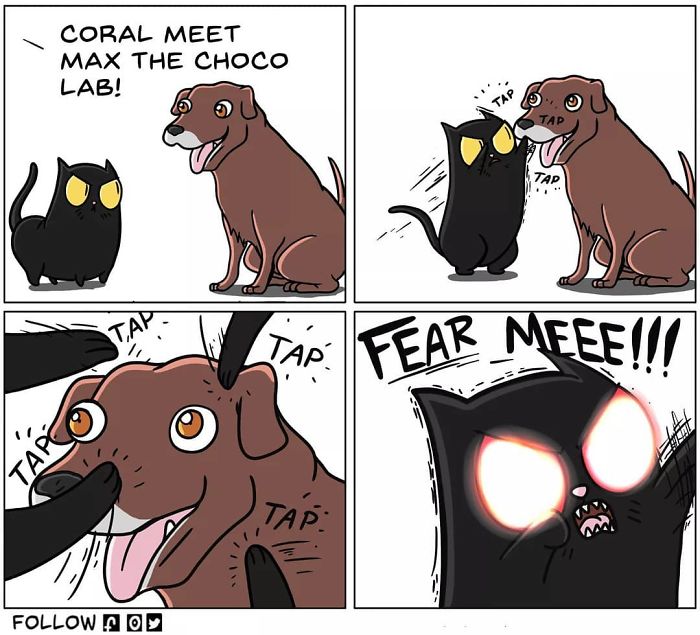 3. Living with a cat can be tough 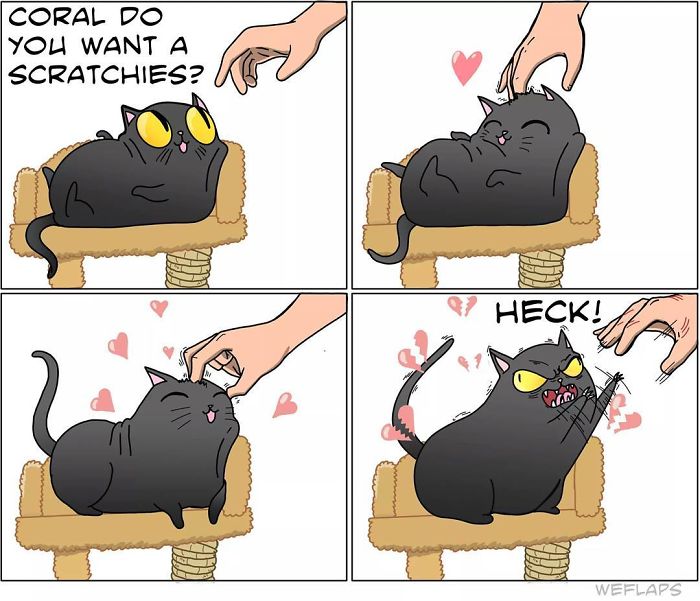 4. Can’t deny the cuteness though 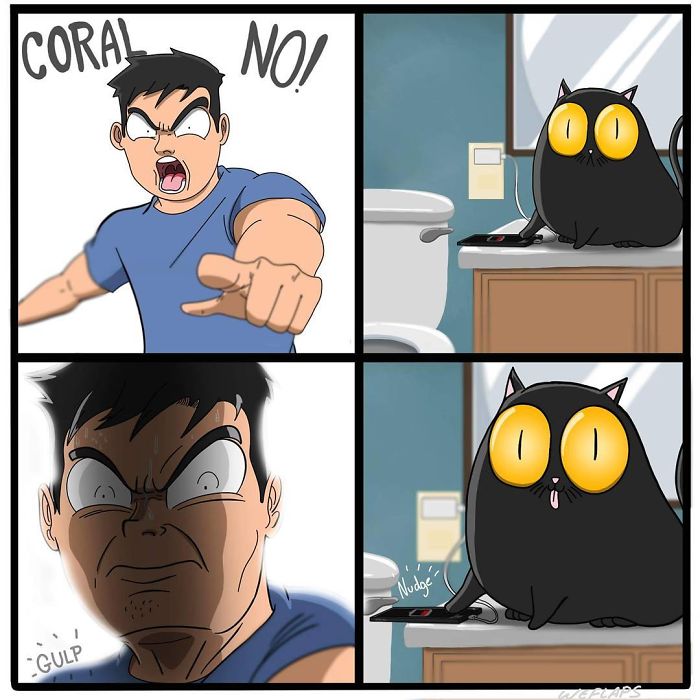 5. The artist is an ardent fan of Matthew Inman’s comics. He learned a great deal from his comics. Cody learned that comics need not be too realistic and detailed. 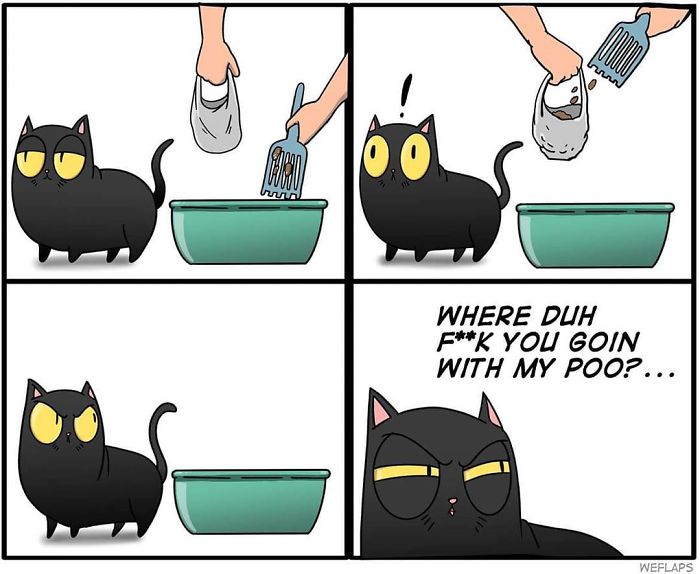 6. To quote Cody, “I was just getting bored with the white blob characters. I had tried many different styles in between but finally found a consistent style my audience and I enjoyed.” 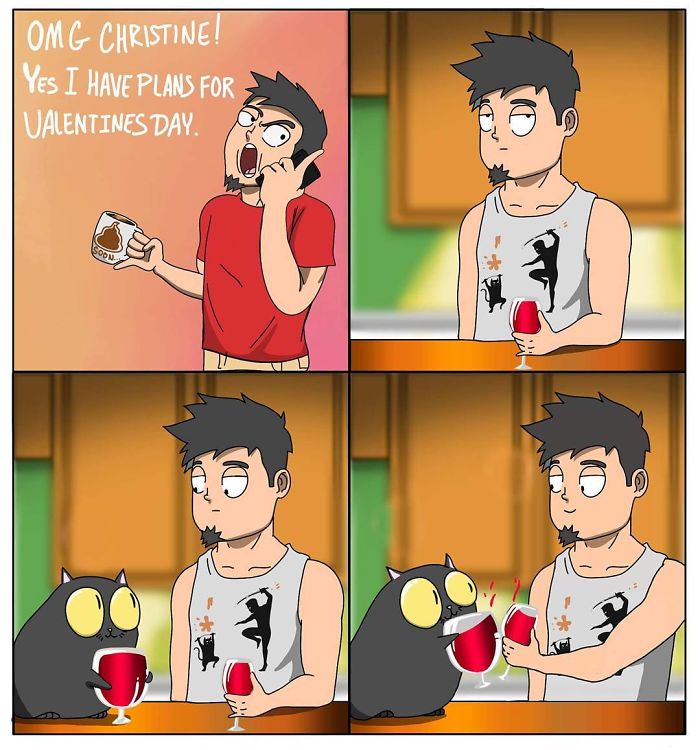 7. The artist plans to expand the comics in the future. He doesn’t want to keep it just about cats. He will keep the living with cat comics alive but will work on other series too. 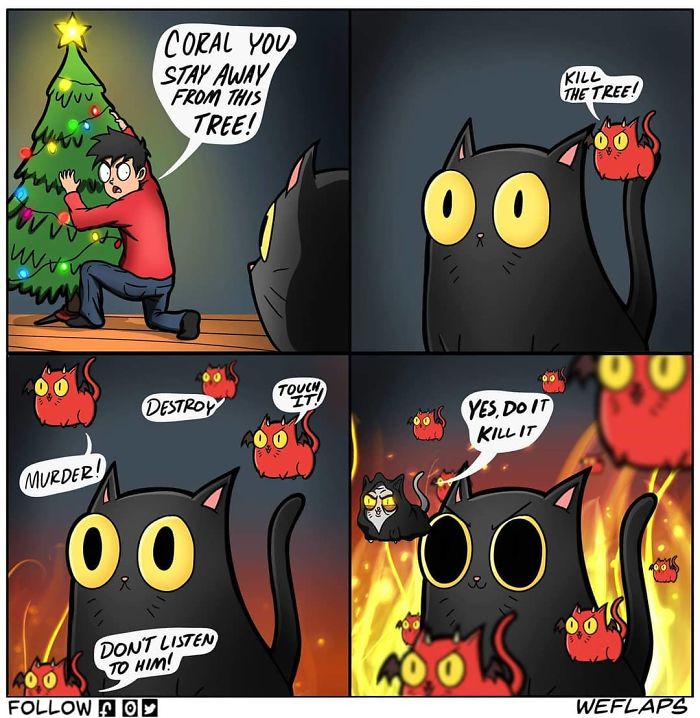 8. About his future endeavors, he said, “Comics with me as the main character, maybe get into animation, Twitch streaming of sorts, and who knows what. Though I’ll still maintain the comics about Coral because she’s a limitless inspiration.” 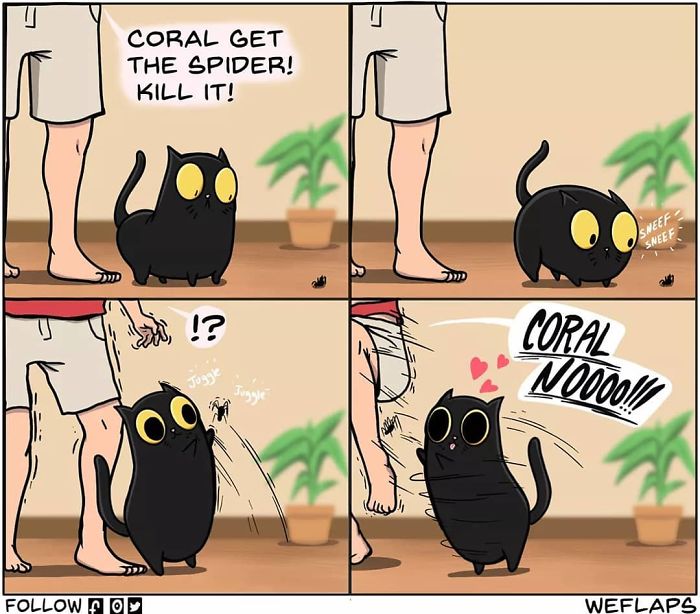 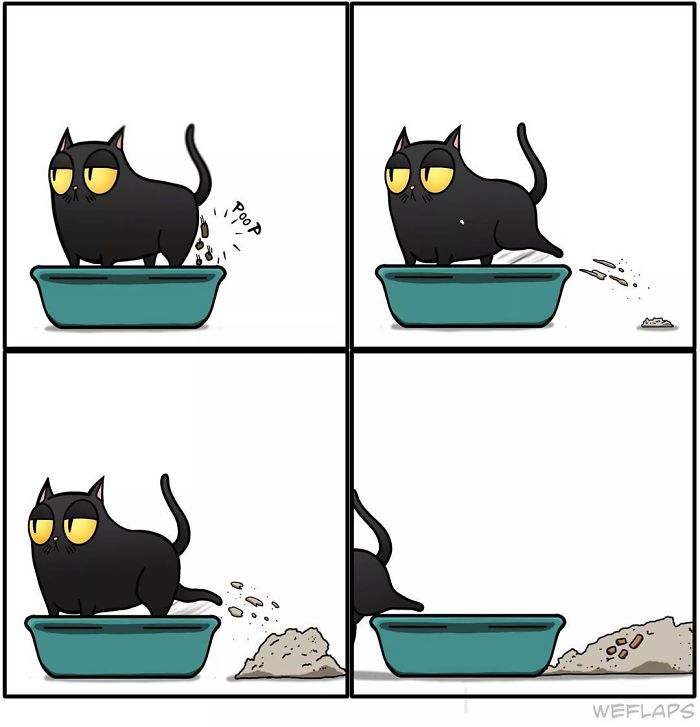 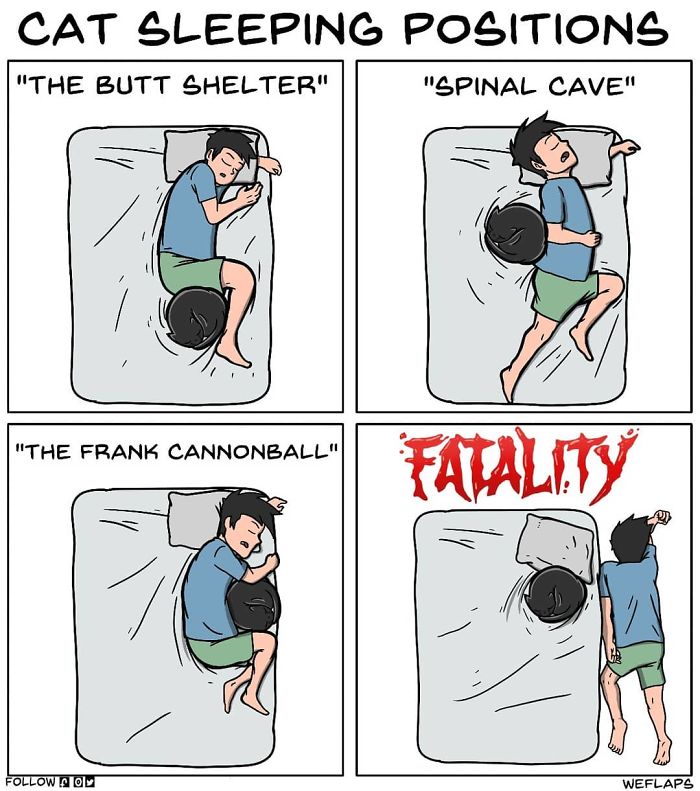 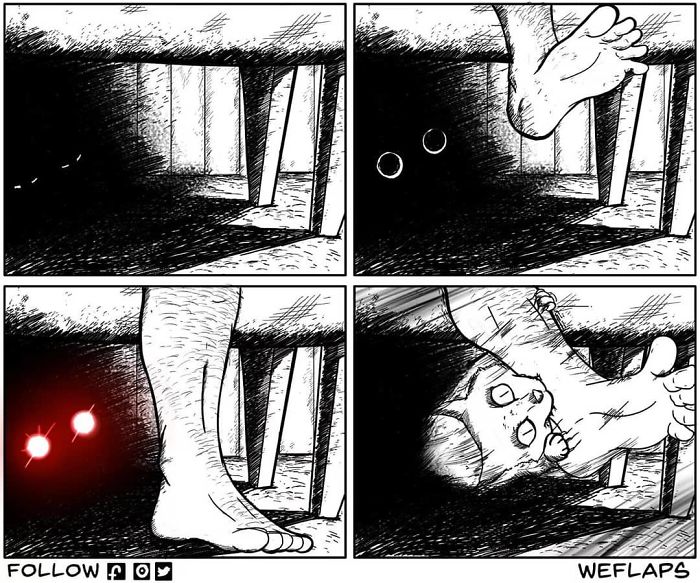 12. Living with a cat can be delightful as well 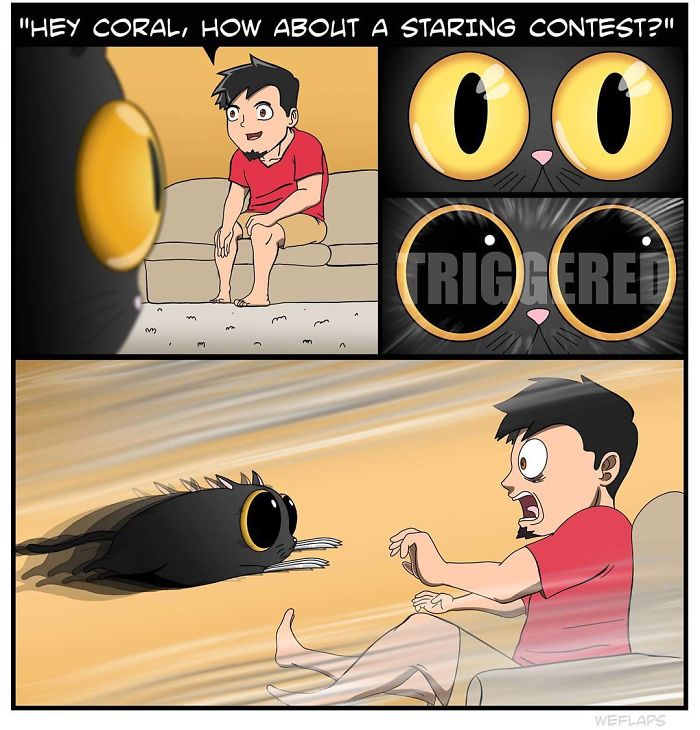 13. These comics aptly describe living with such a hostile pet 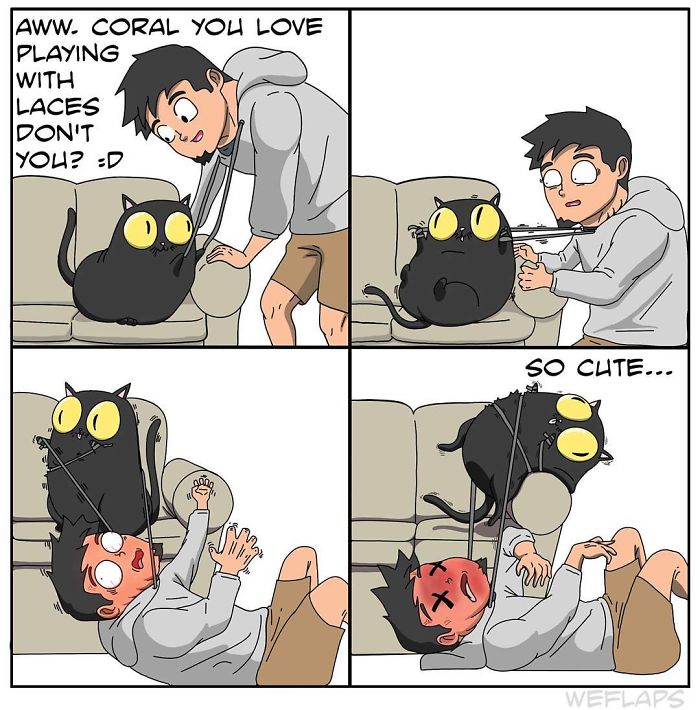 14. There’s is sure a love-hate relationship 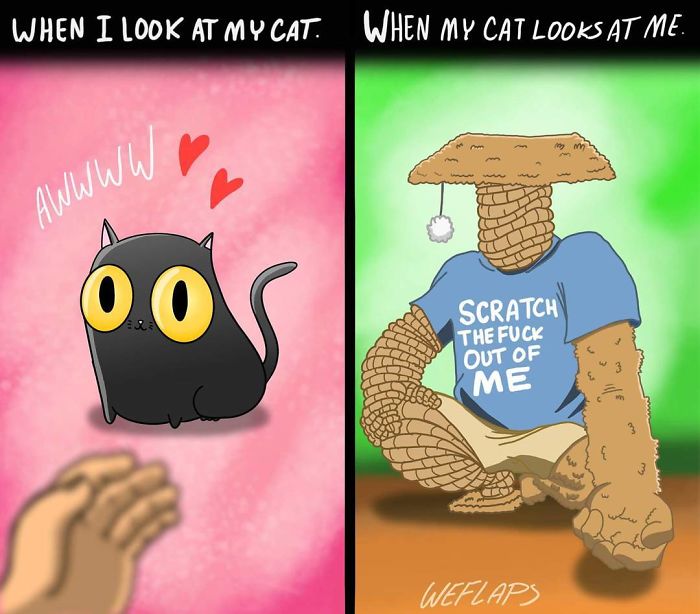 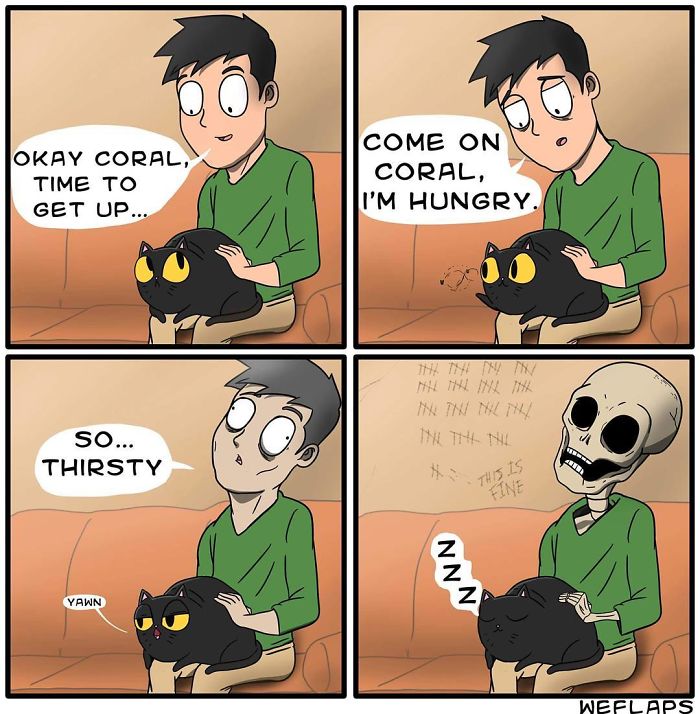 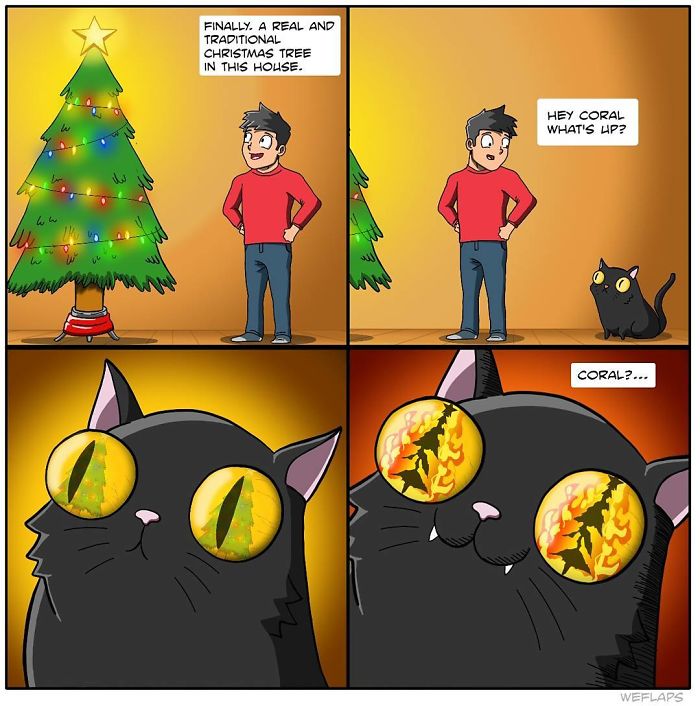 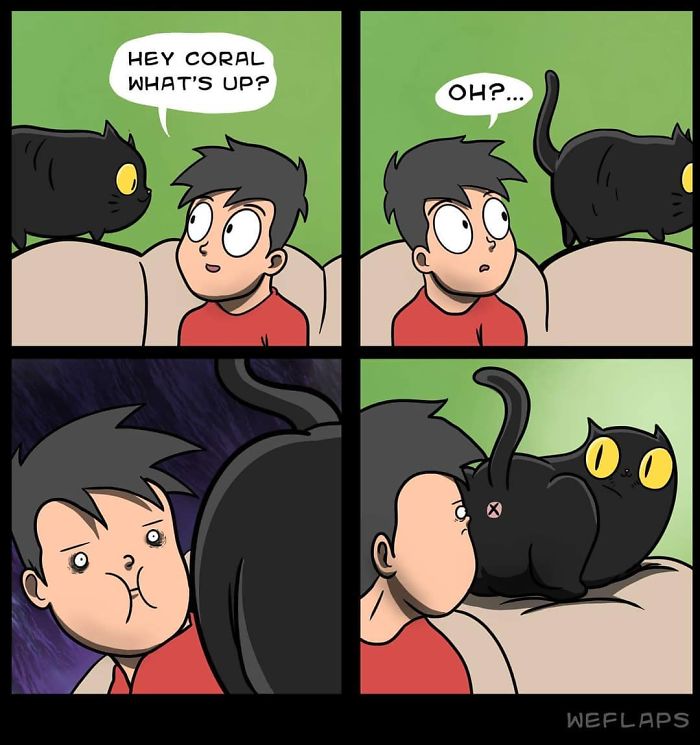 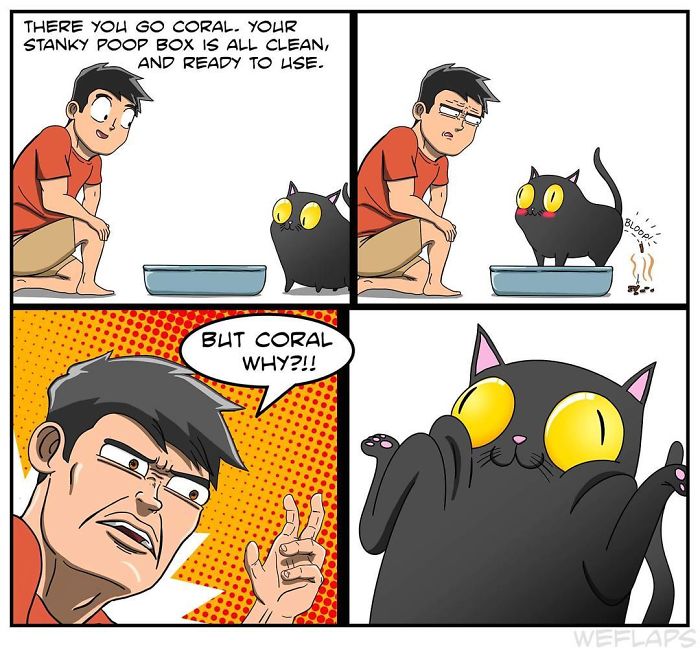 19. I feel he should rename the cat 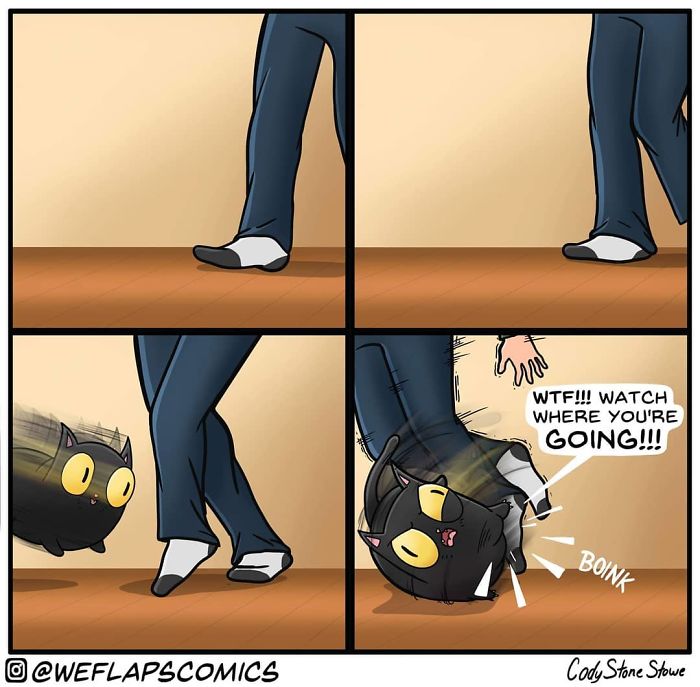 20. Living with Coral is really adventurous 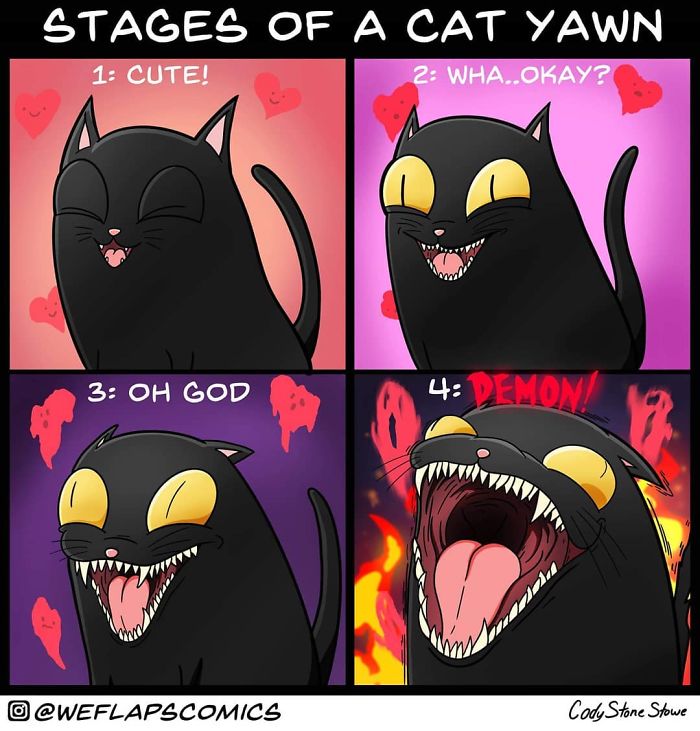 21. This is just amazing 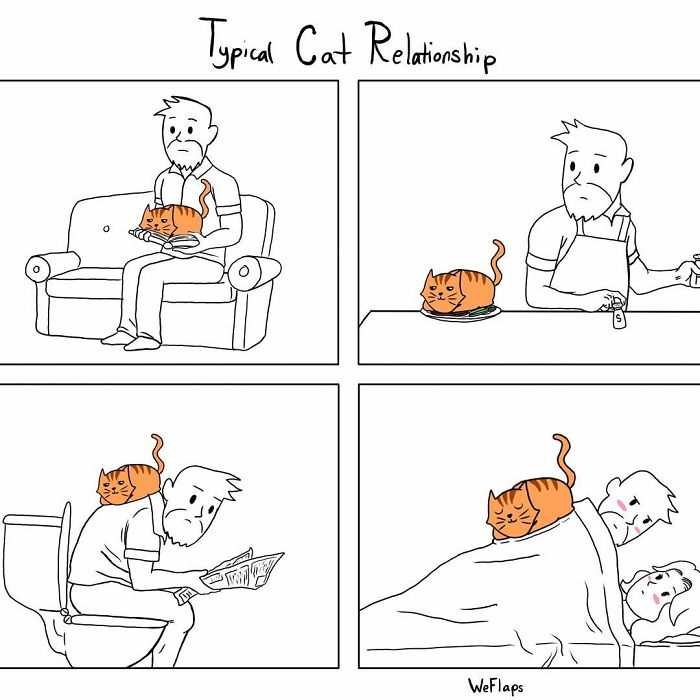 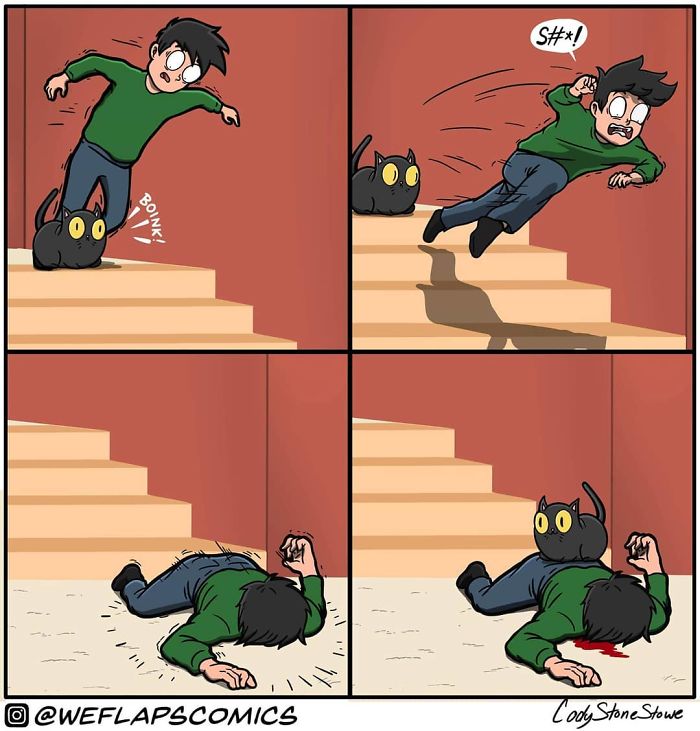 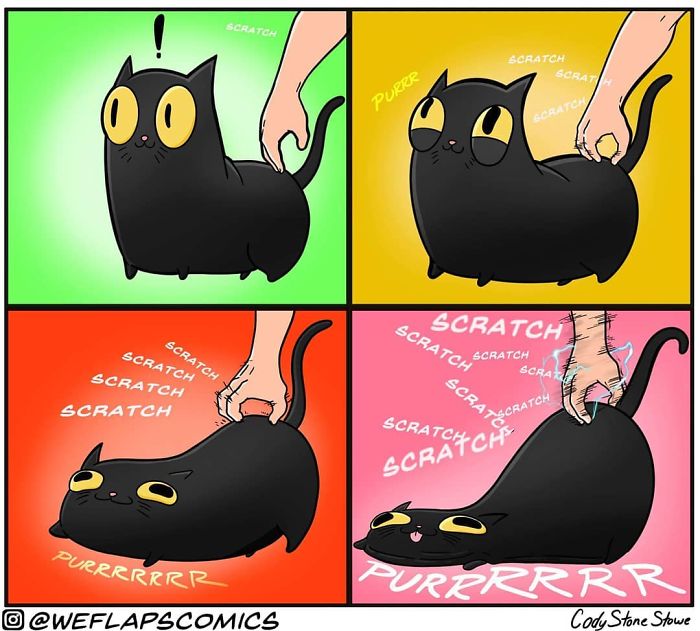 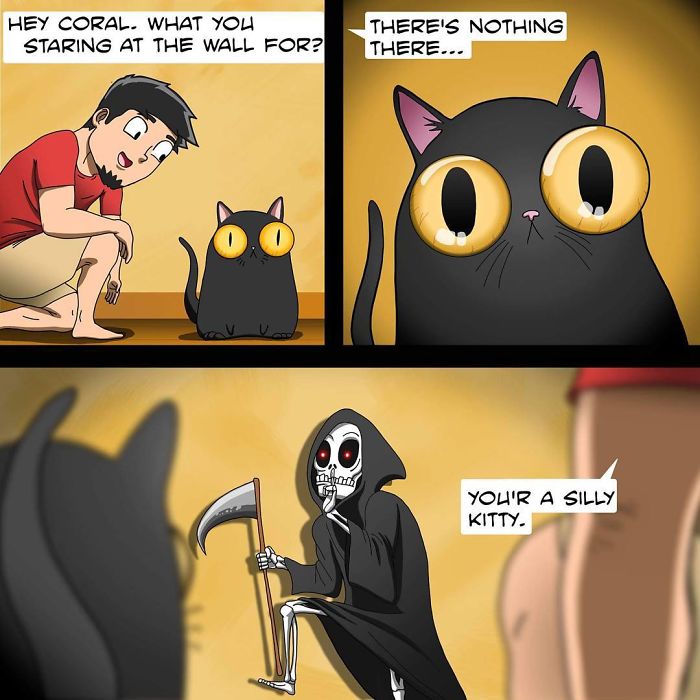 25. Living with such a pet? All the best 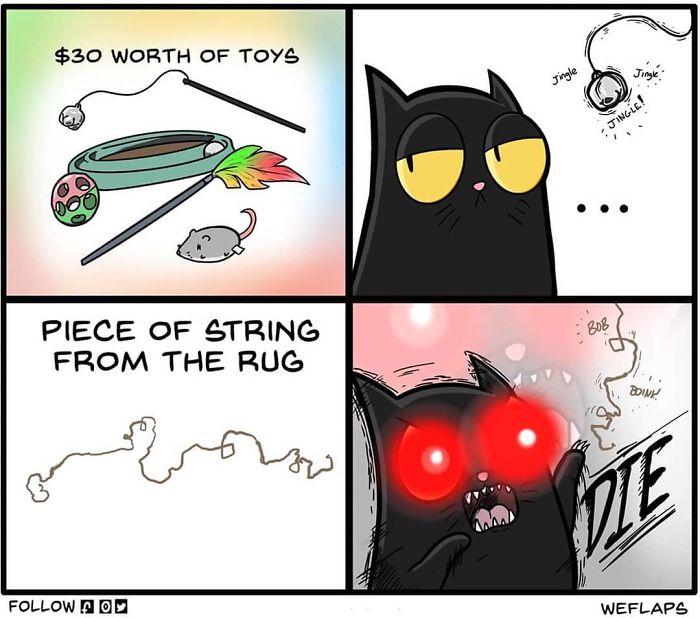 This comic is the best way to show how it feels to be living with a pet. Planning on getting one? I suggest you see these comics first.