Portrayal Of Robert Downey Jr. As Pin-up Girls Will Make...

Robert Downey Jr. has been everyone’s favorite as Iron man. But artist Alex Costello took it to another level and imagined him as pin-up girls. You would not be able to stop laughing after seeing Robert Downey Jr. portrayed as pin-up girls. There are only a handful of actors that have made their onscreen characters untouchable and Robert Downey Jr. is one of them. Actor Robert Downey Jr yesterday celebrated his 54th birthday on Thursday and for the sake of fans, shared a behind-the-scenes image of Tony Stark and Peter Parker that will feature in Avengers: Endgame, coming on April 26. He also shared a cryptic crossword puzzle for his fans and reposted an Avengers fan art on his Instagram account. The actor’s die-hard fans started filling out the puzzle, each their own version, while his co-star in the movie, Mark Ruffalo also gave it a try and filled it out.

Have a look at these funny yet amazing Robert Downey Junior’s portrayals as pin-up girls: 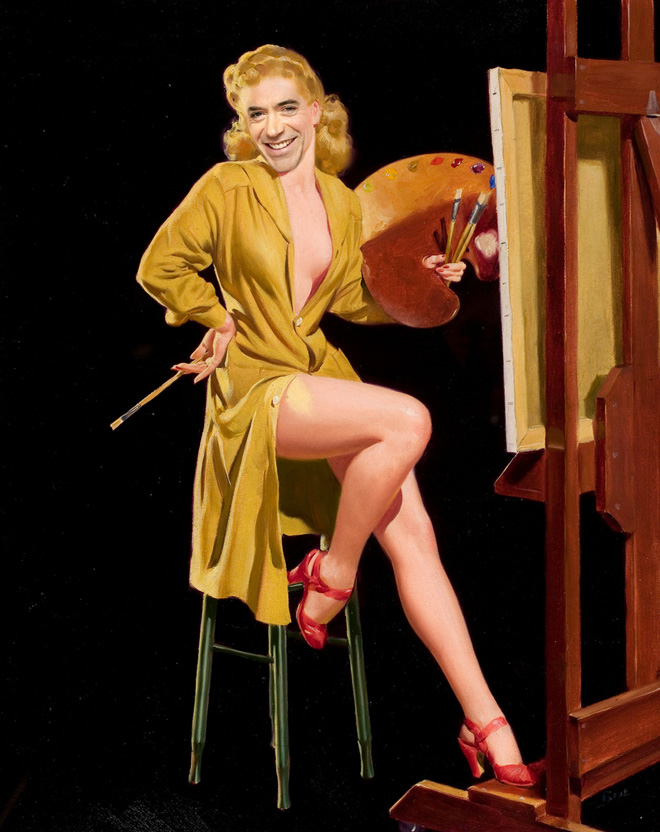 2. You would not be able to stop laughing after seeing this. 3. Who can pose any better? 5. Anyone say someone more beautiful? 7. And the prettiest of all 8. Off for a vacation 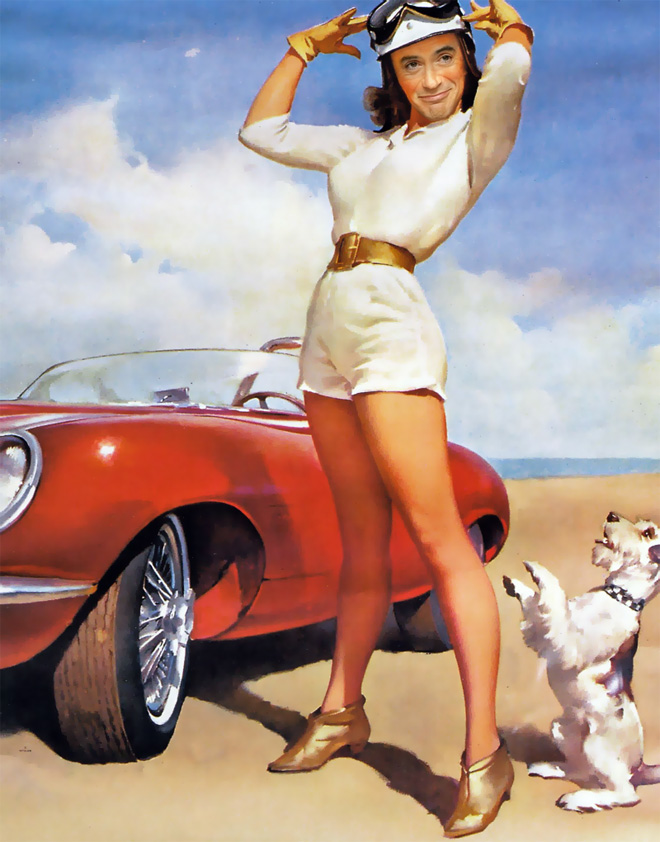 Read more: Justin Bieber Reveals The Pictures He Shared To Show Hailey Baldwin Is Pregnant Was An April Fool’s Joke 12. These portrayals of Robert Downey Jr. as pin-up girls is really amazing. 13. Is anyone out there prettier? Read more: Photographer Creates An Amazing Documentation Of Chickens And They Look No Less Than Supermodels