The latest married couple of the industry is sizzling every aspect of getting married. The newly-married couple Priyanka Chopra and Nick Jonas were spotted at the Jodhpur Airport as they leave the town after completing their wedding ceremonies. The first pictures of this newly-married couple are major goals and are setting the internet on fire. 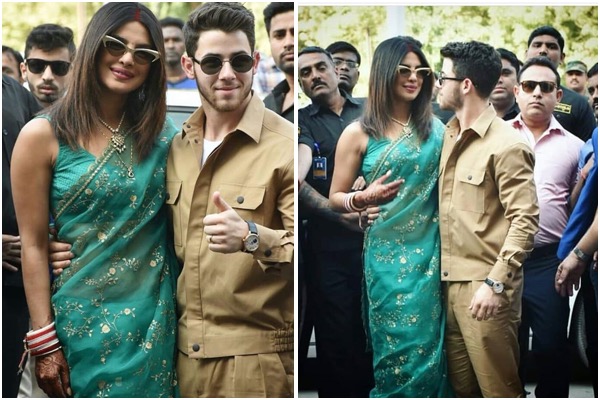 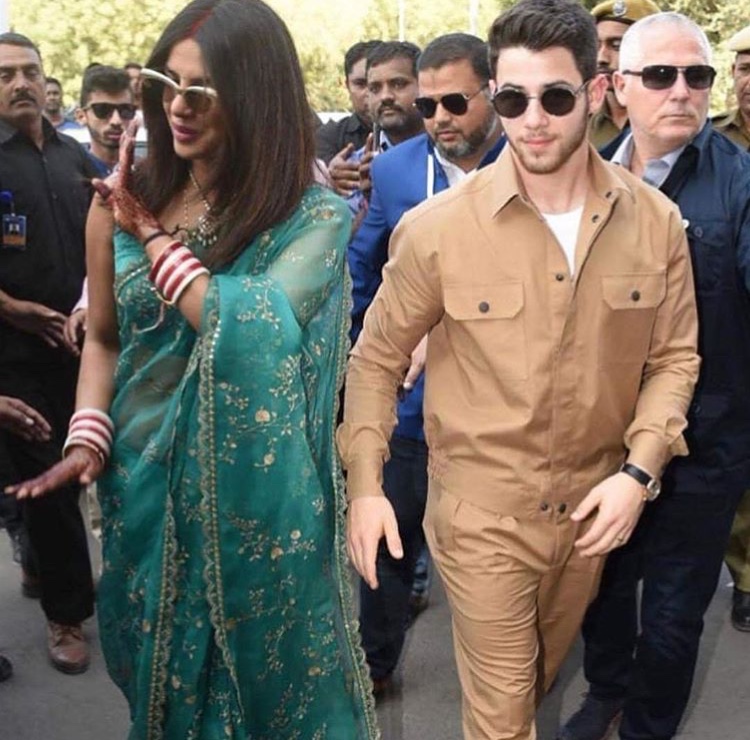 Priyanka Chopra, the new bride looked stunning in a sea-green saree with red colored Choodas and sindoor which are the sign of being newlywed, matching jewelry and dashing sunglasses to pair it with. On the other hand the new groom, Nick Jonas was celebrating being married to Chopra in a Khaki colored co-ordinates with a white t-shirt inside and black sunglasses along. 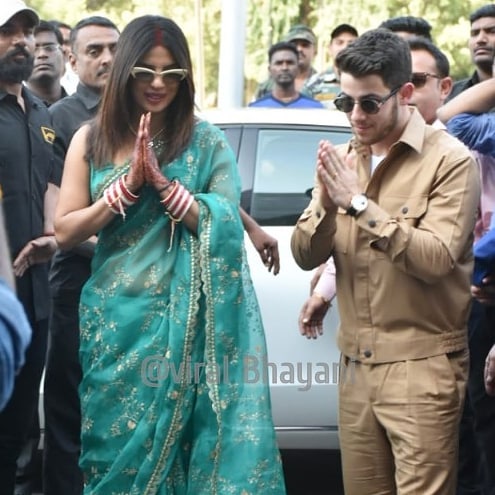 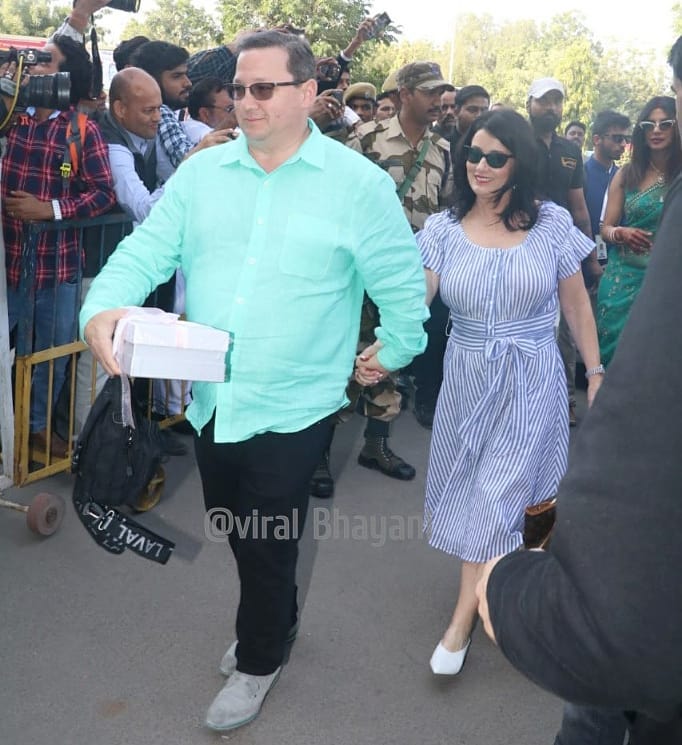 Priyanka Chopra and Nick Jonas were accompanied by Nick’s brother Joe Jonas and his fiance Sophie Turner at the Jodhpur airport. Priyanka’s mother Madhu Chopra and her cousin sister Pareeniti Chopra were also spotted by the Paparazzi and Nick’s parents Paul Kevin Jonas Sr, and Denise were also present at the moment. 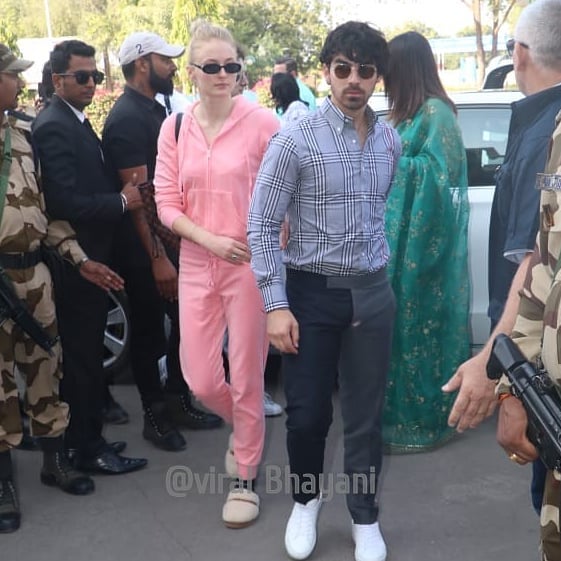 The couple along with the whole family leaves for Mumbai after completing all the rituals of their wedding ceremony in Jodhpur. Now they are heading home where the newly-married couple will give a start to their married life. 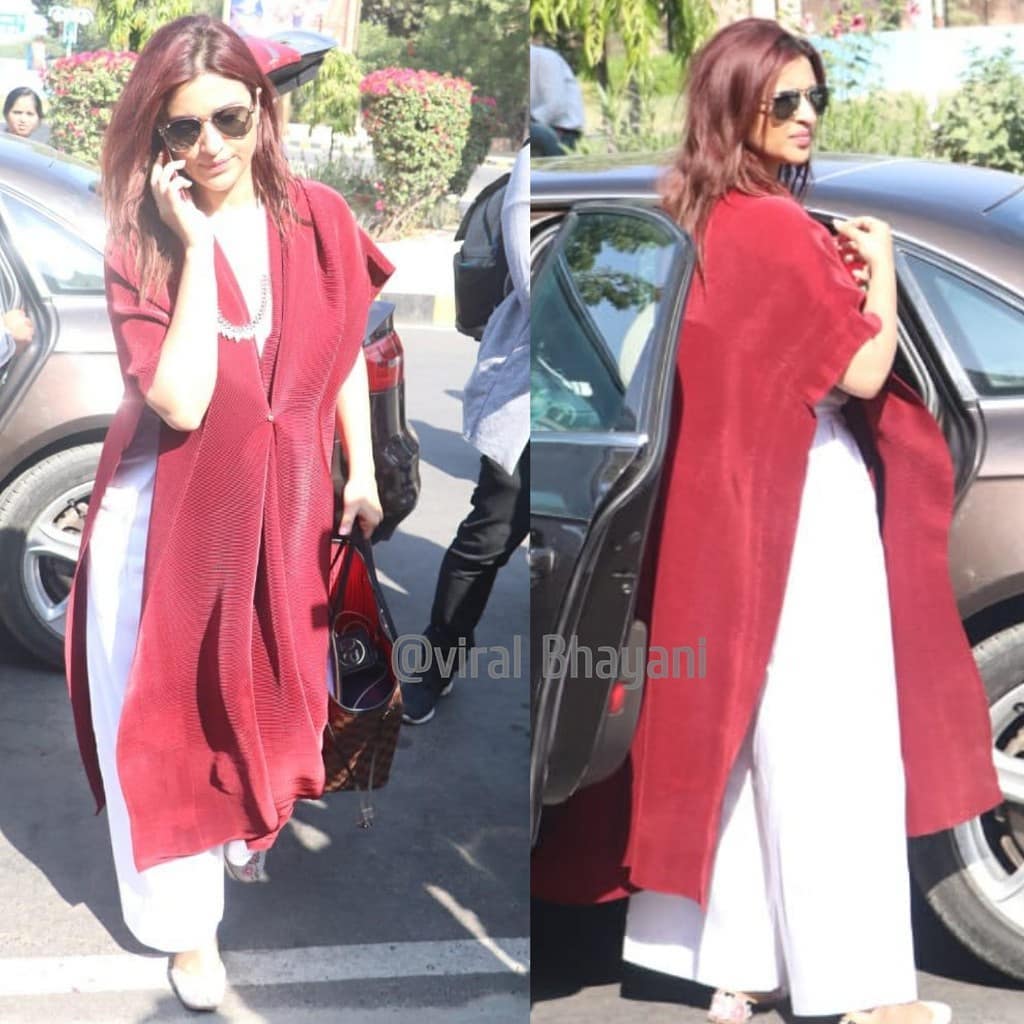 The couple is yet to share the pictures of their wedding ceremony in the Hindu and the Christian way and they are making us really eager to see the couple in their wedding outfits. The fairytale romance of the couple was filmy enough but the wedding itself was no less than a Bollywood movie. Priyanka Chopra has indeed proved that she is the real Desi girl. 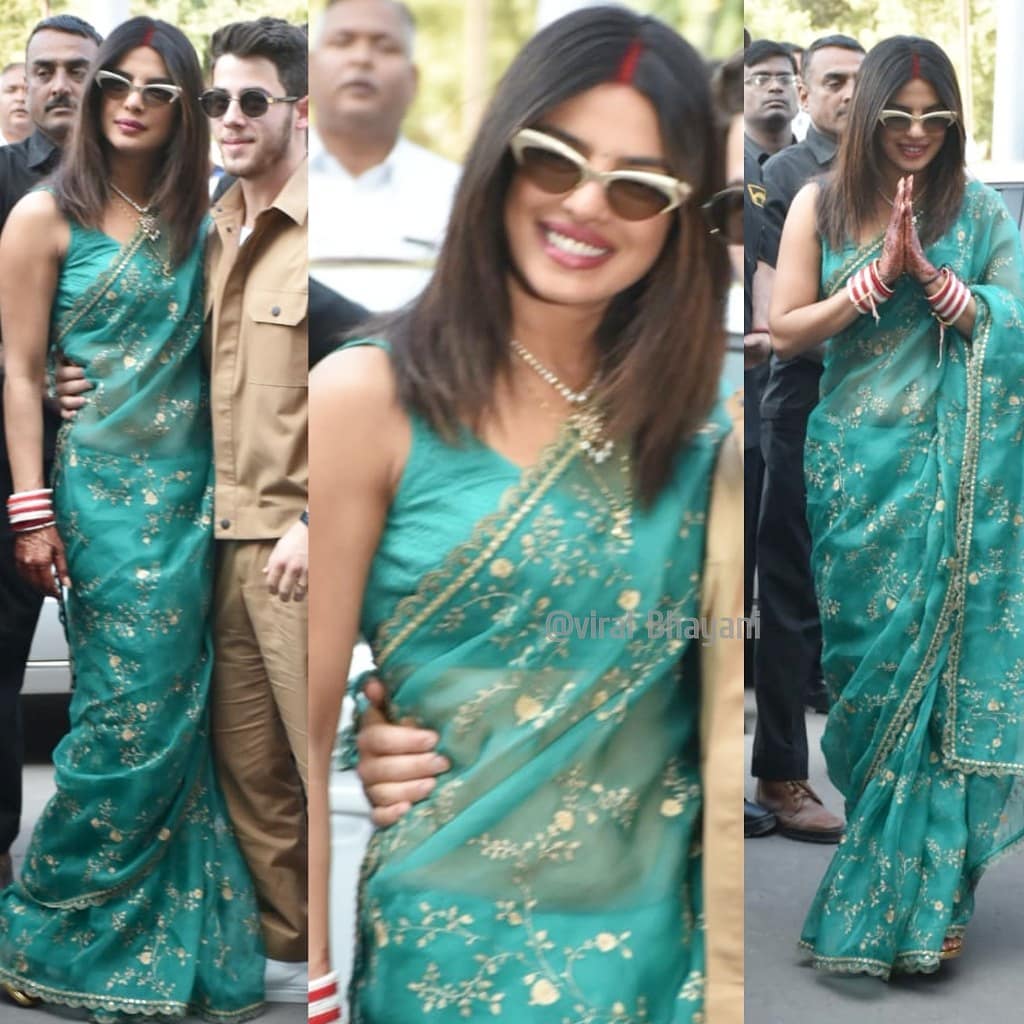