Starting with the prior few, supposedly the consequences of catastrophic drought has be borne by almost half of Texas more than half of Texas, this severe drought has ultimately impacted the water travelling through Dinosaur Valley State Park in Glen Rose to dry up, disclosing massive footprints. According to the footage uploaded to the park’s social platform, the Facebook page, we can witness that the river is entirely dried up, ultimately revealing massive footprints. 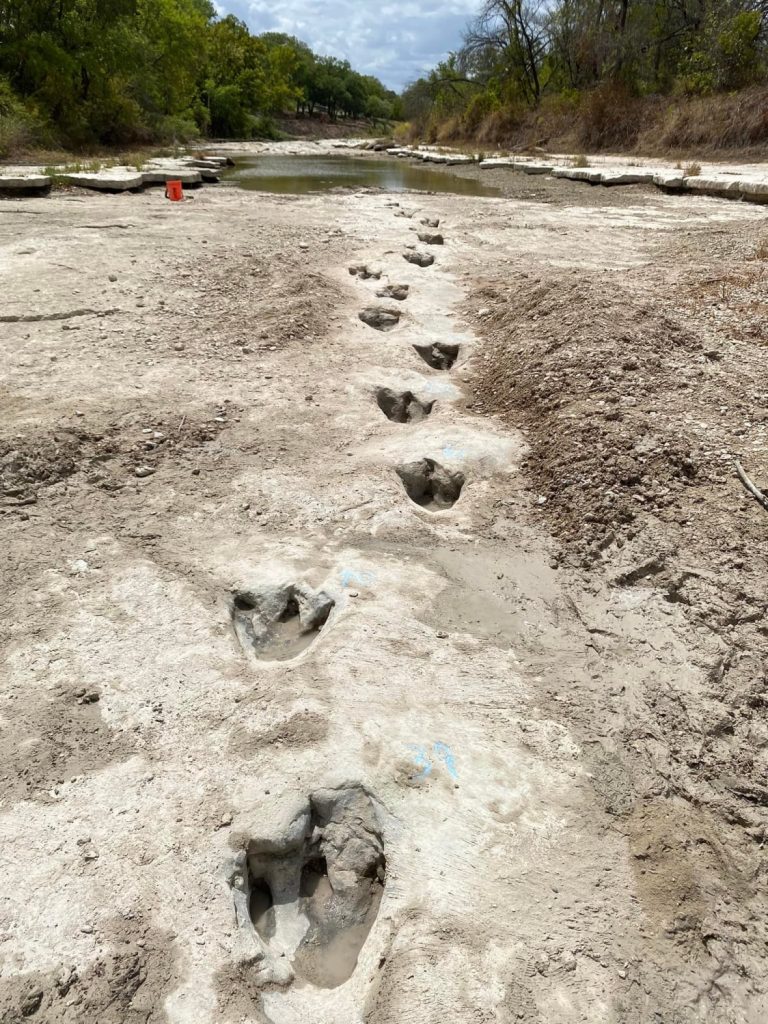 Uploading the video, he said, “After The Drought of 2022 Huge Dinosaur Tracks Appear in the Paluxy River at Dinosaur Valley State Park. B.P. Baker Site. “Normally these are under water and mud.”

The staff has also given his confirmation regarding the revelations in a statement, disclosing that tracks traced back to two species of dinosaur were discovered. Speaking to CNN, a park spokesperson named Stephanie Salinas Garcia informed: “Most tracks that have recently been uncovered and discovered at different parts of the river in the park belong to Acrocanthosaurus.

“This was a dinosaur that would stand, as an adult, about 15 feet tall and (weigh) close to seven tons.”

Alongwith the Acrocanthosaurus, the park supposedly also discovered prints from the Sauroposeido, which to be estimated would have stood at a huge 60ft tall and having bodyweight approximate 44 tonnes. Tracing back in 2020, massive dinosaur footprints, estimated to be approximately 168 million years old, were found on the ceiling of a cave situated in France.

These footprints were discovered by a group of researchers belonging to the University of Burgundy–Franche-Comté during an expedition to the Castelbouc Cave. 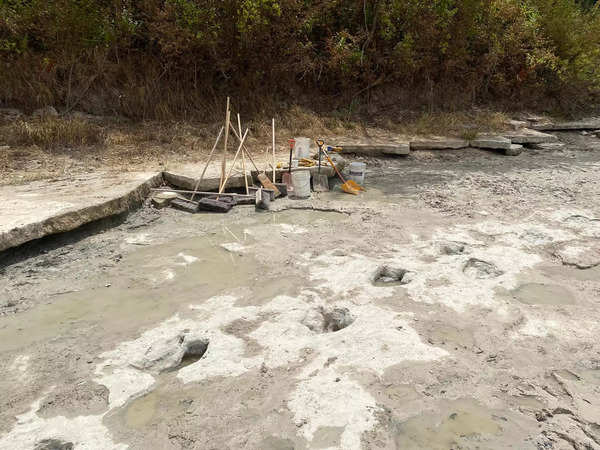 As per information, footprints were once visible on the surface but eventually throughout the years they were ‘buried’, consequently making them visible on the roof of the cave. These footprints are believed to be traced back to sauropods, who were supposedly thirty-metre-long herbivorous dinosaurs that were remarkable for their weird long necks. The paragraph from the preserved studies said: “The trackmakers are hypothesised to be titanosauriforms. Some of the tracks are extremely well preserved and show impressions of digits, digital pads, and claws. 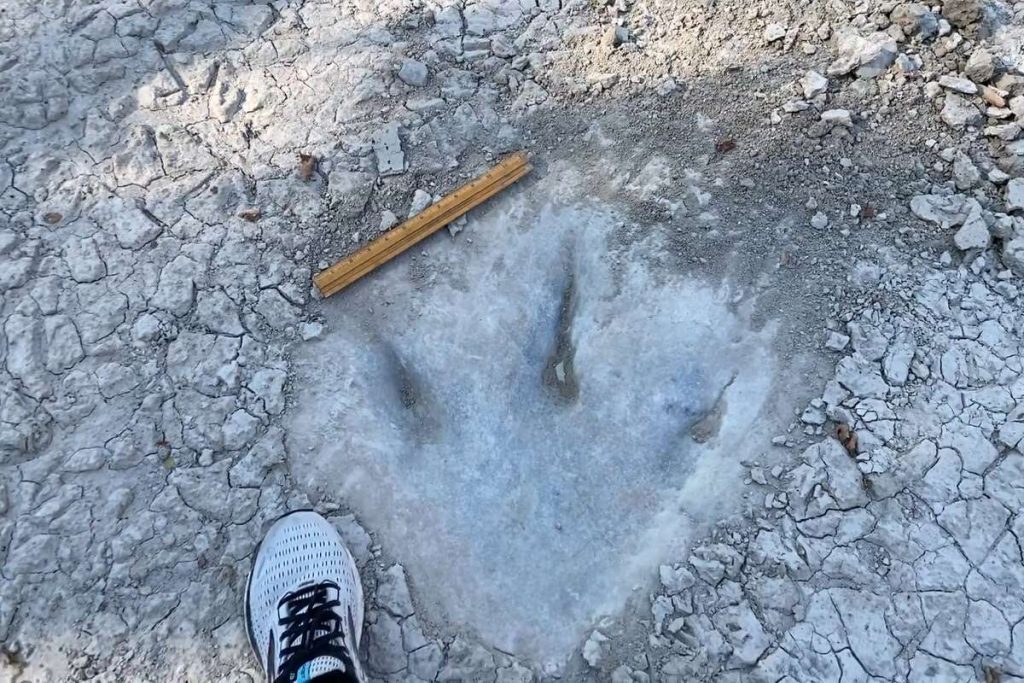 “The tracks from Castelbouc attest to the presence of sauropods in proximal coastal environments during the Middle Jurassic. “This discovery demonstrates the great potential of prospecting in deep karst caves that can occasionally offer larger and better-preserved surfaces than outdoor outcrops.”