Poor Guard Eats Junk Food With Rice So He Could...

A father does a lot of sacrifices in silence for his family and when someone silently makes so much effort in order to provide for you, then I think its the purest form of love. A poor security guard from Cotabato, the Philippines who barely makes his living was captured doing the same. The heartbreaking story of the security guard was posted on Facebook by Ralph Reymond Hermano Getanes. The man shared the picture of the security guard eating junk food with rice. He was eating such cheap food so that he could send money to his family. 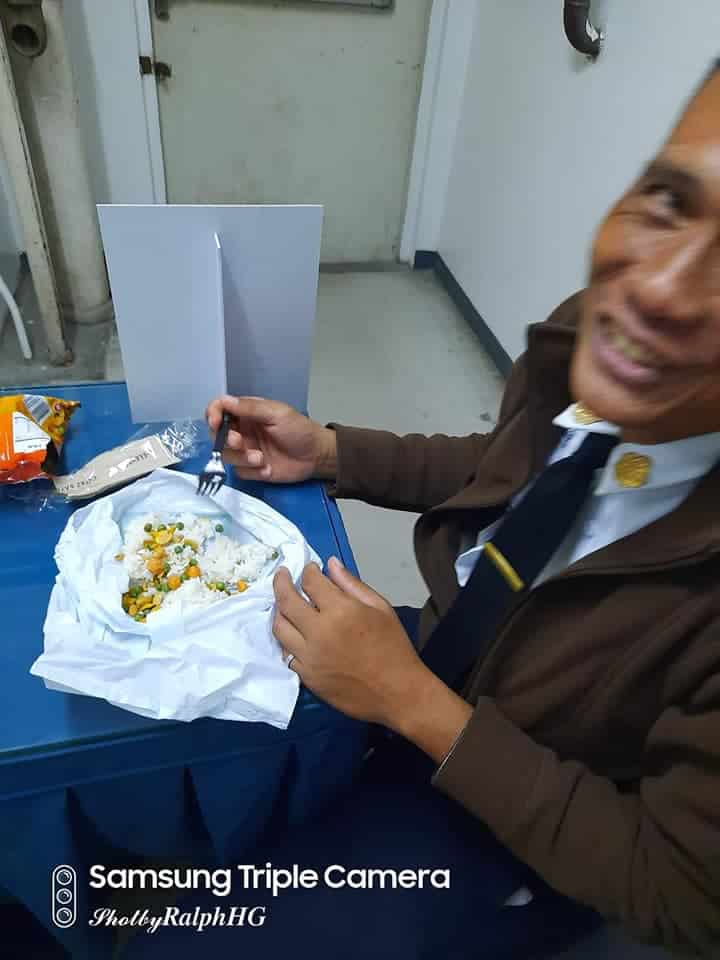 When the Facebook user approached the security guard to ask why he is eating junk food with rice which is such unhealthy food, he replied by saying that he has to feed the family of several at Catobato and that is why in order to save money he is doing so. 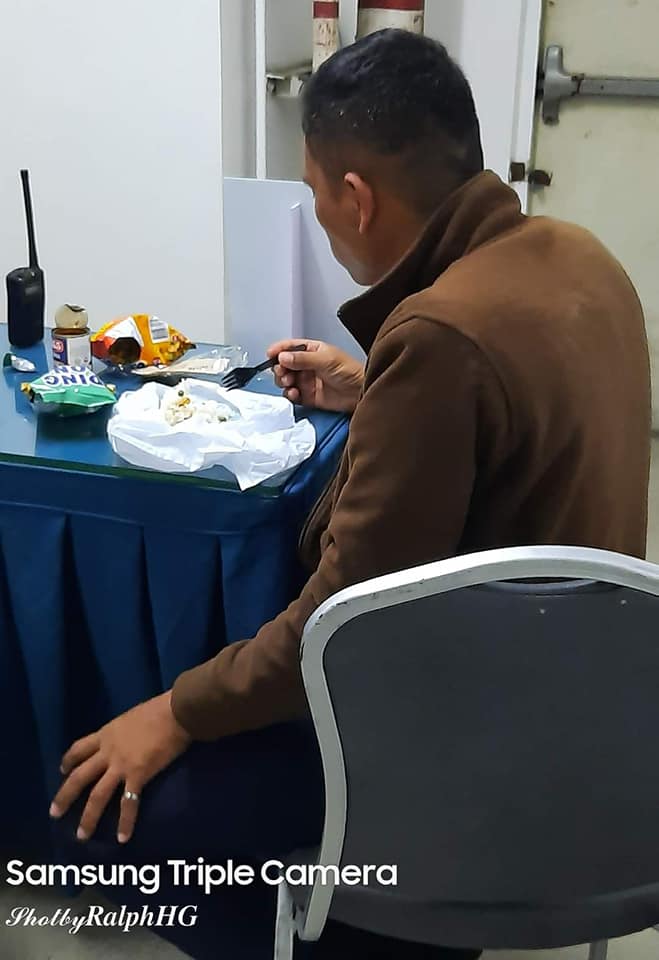 The security guard also revealed that once his grandchildren goes to college he will stop with his unhealthy eating habits because at that time he will not have to worry about saving money too much. It is sad to know that he is ready to sacrifice eating good and healthy just to provide for his family.

He was eating Ding Dong mixed nuts with rice for dinner which is kind of a popular snack in the Philippines. It contains salted corn bits, peanuts, green peas, curls, etc. The guard was actually under straight duty which is a 24-hour duty. 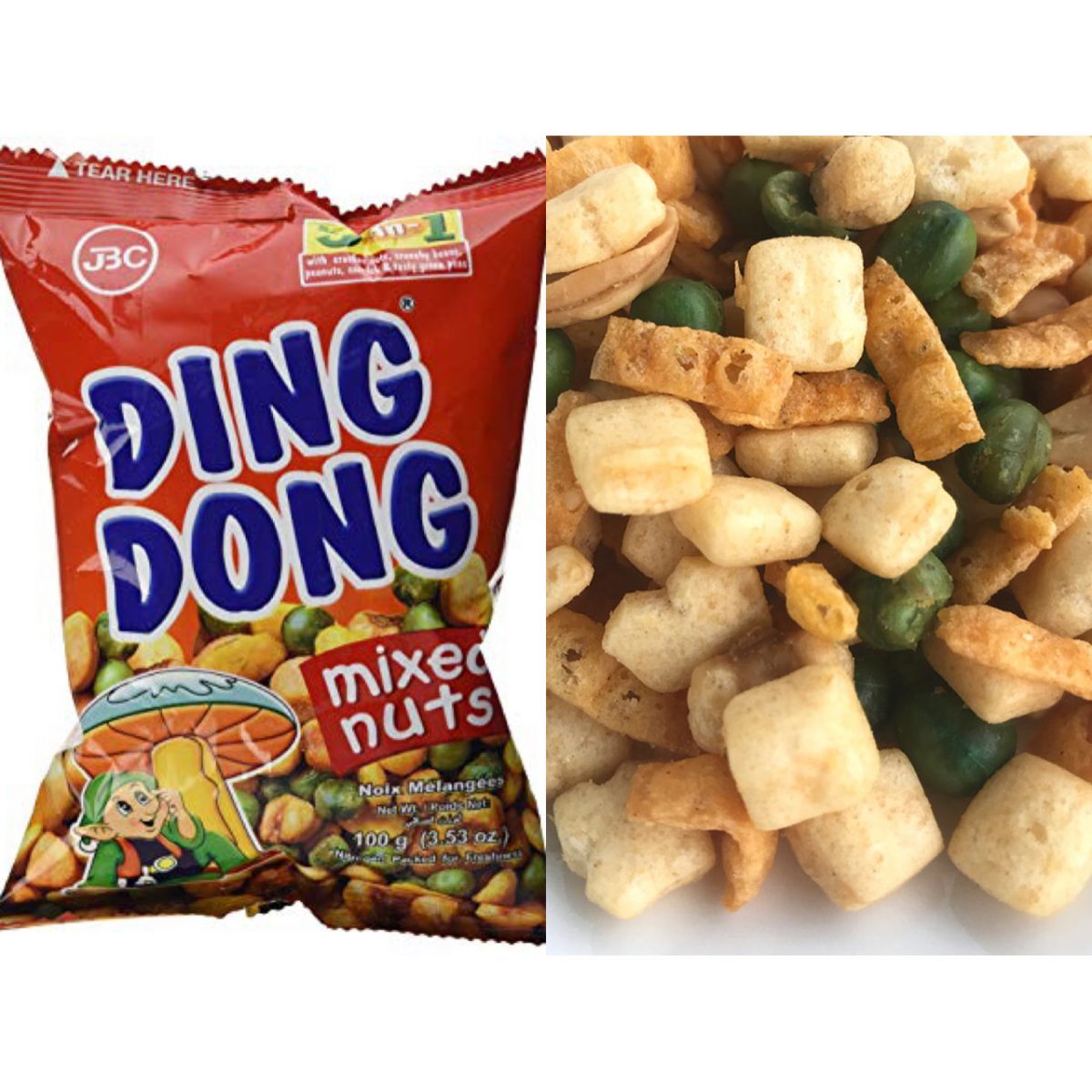 As soon as it got posted on the Internet, it got instantly famous. People started praying and commenting on this guy. A security guard was previously unnamed but then someone on Facebook recognized him to be Aries Abas.

Read More: These 13 Pictures of Premature Babies Smiling Are Too Adorable To Miss 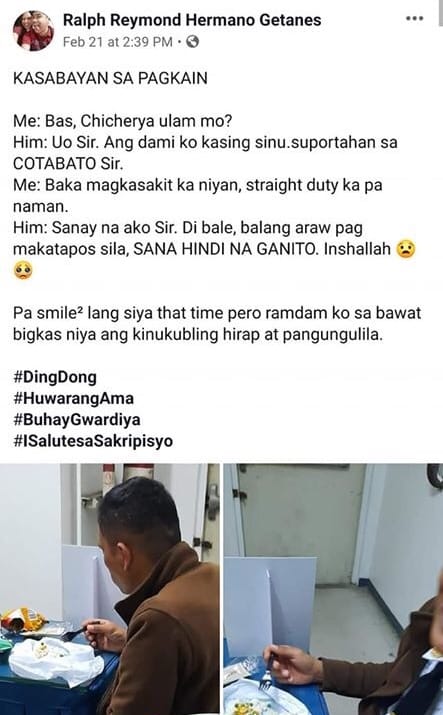