Photographer Captures People’s Behavior After Having 1st, 2nd And 3rd...

People say that a glass of wine is good for health. We don’t know about the physical health but these series of images from a photoshoot definitely proves that wine changes the mental health. A photographer did a photoshoot of his friends before and after 3 glasses of wine. Marcos Alberti a Brazilian photographer believes that “the first glass of wine is all about the food, the second glass is about love, and the third glass is about mayhem.” He called it “3 glasses after”. He recorded how different people look after wine and it’s amazing to look at.

According to Marcos Alberti, this “3 glasses after” project started as a joke. He had no idea that some glasses of wine would make these people look so different. The first picture was taken right after they arrived at the party and it shows tiredness in the faces. Form the 2nd picture a certain amount of happiness could be seen setting in into the frame. That’s how different people look after 3 glasses of wine.

If all this time you thought that wine doesn’t make you drunk then here’s a little lesson for you. The transformation from the first picture to the fourth is quite clear. The drink sure makes people look different. And by different, I mean good different.

1. I liked how the images do a glass count 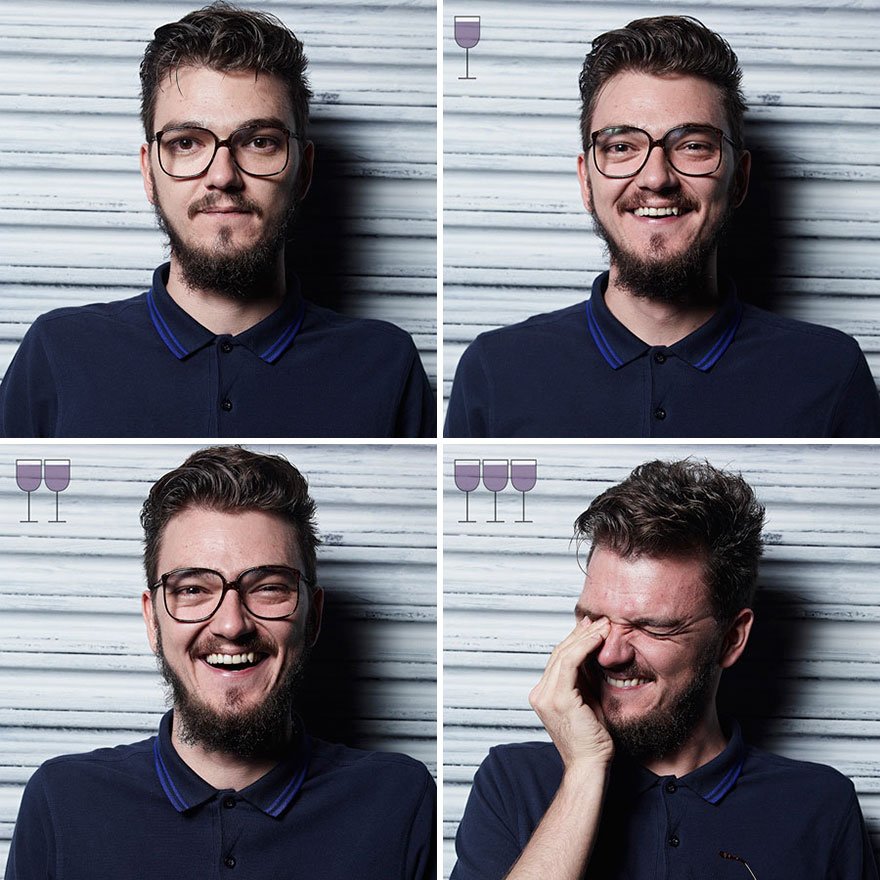 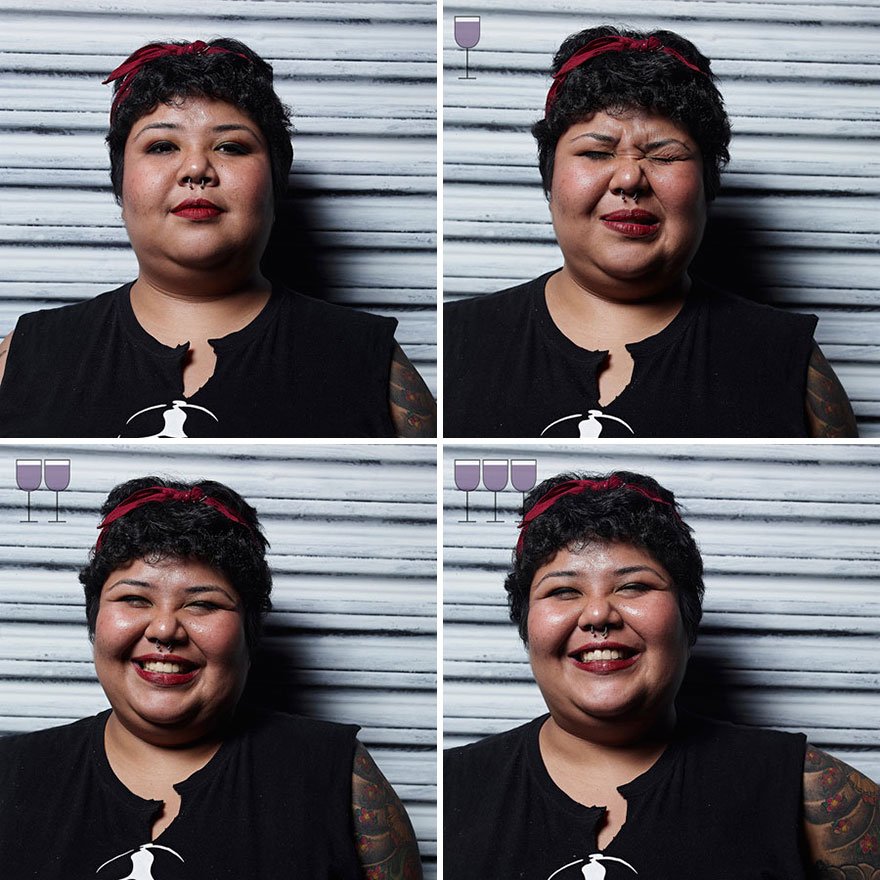 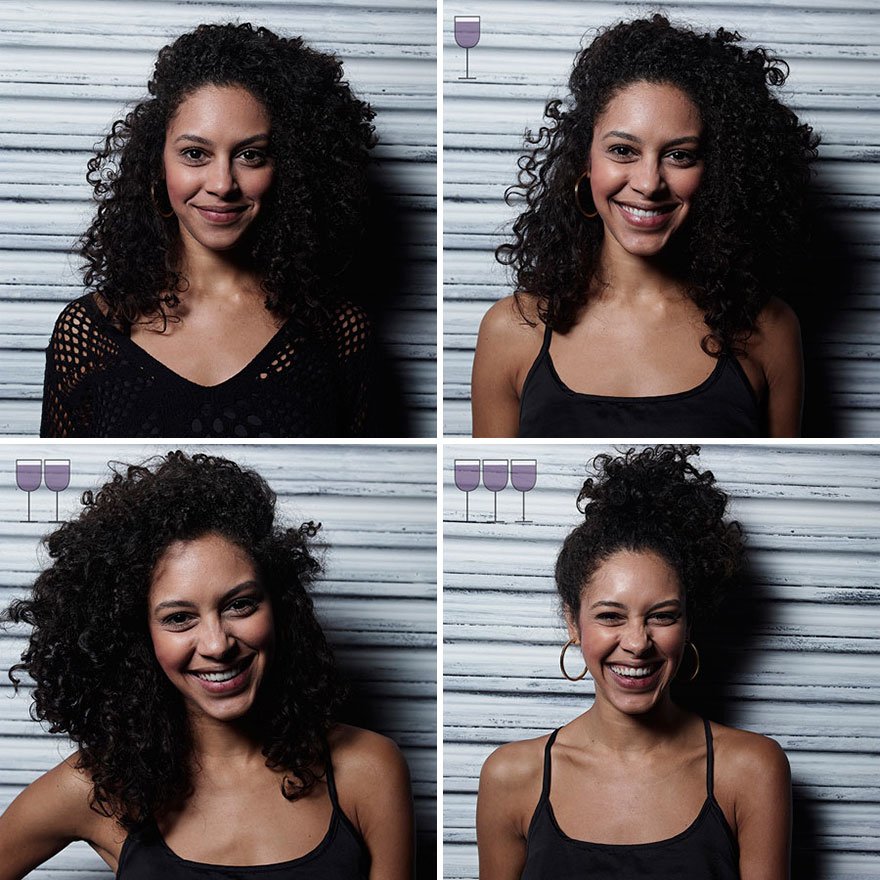 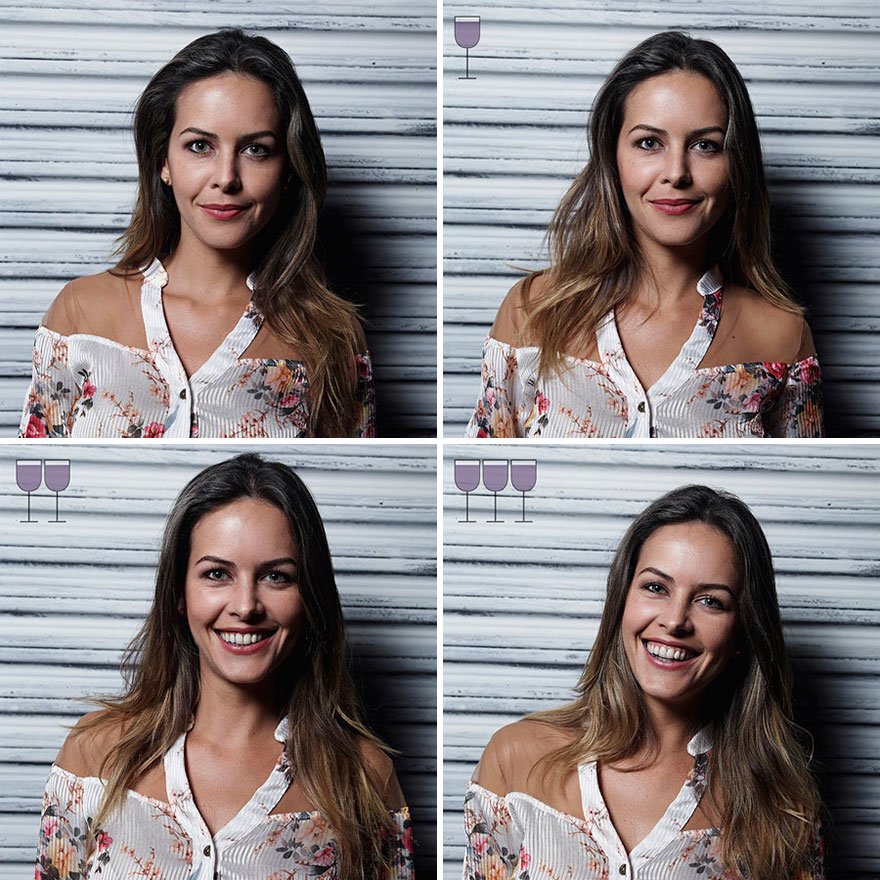 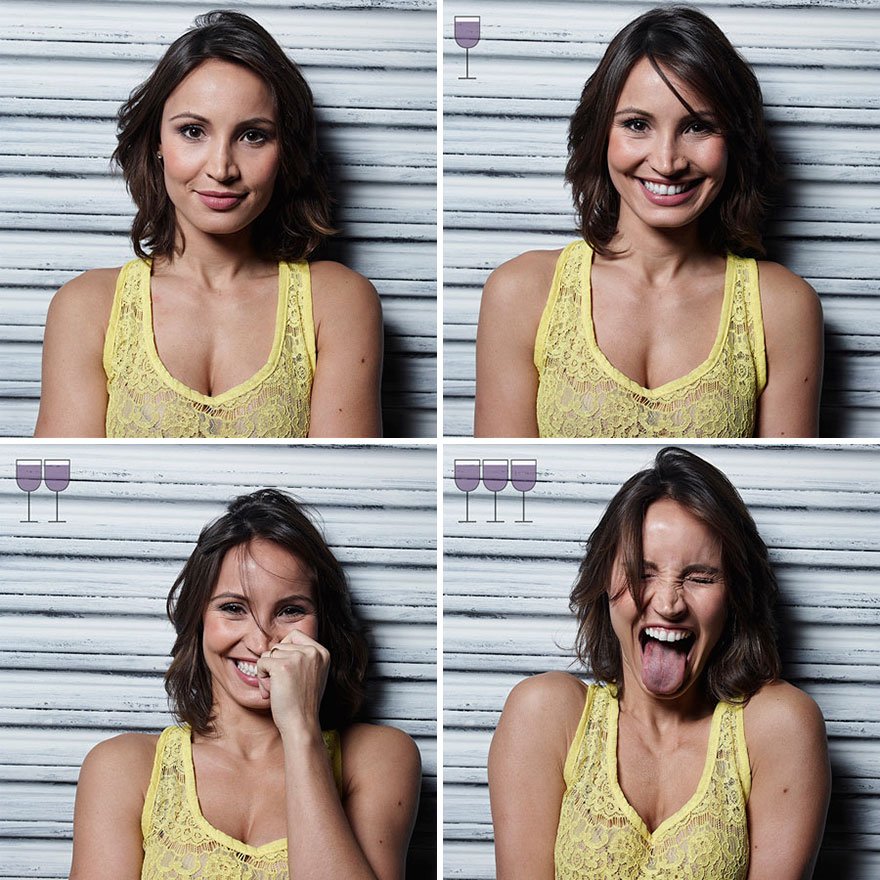 6. All thanks to the drink 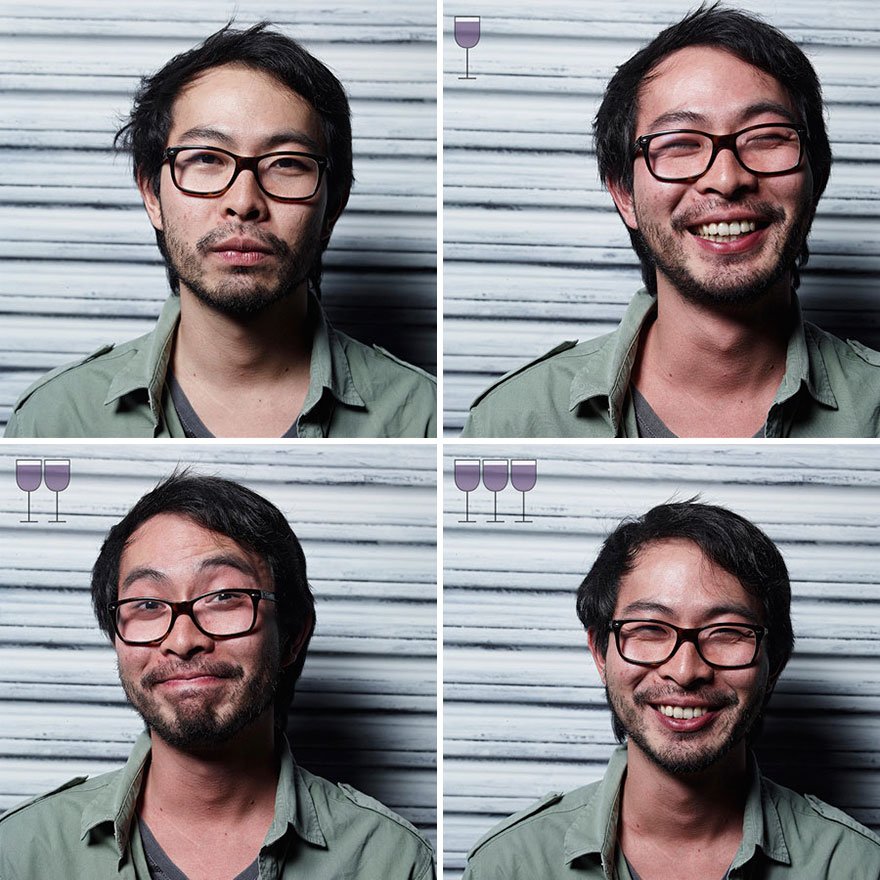 7. She looks way too happy 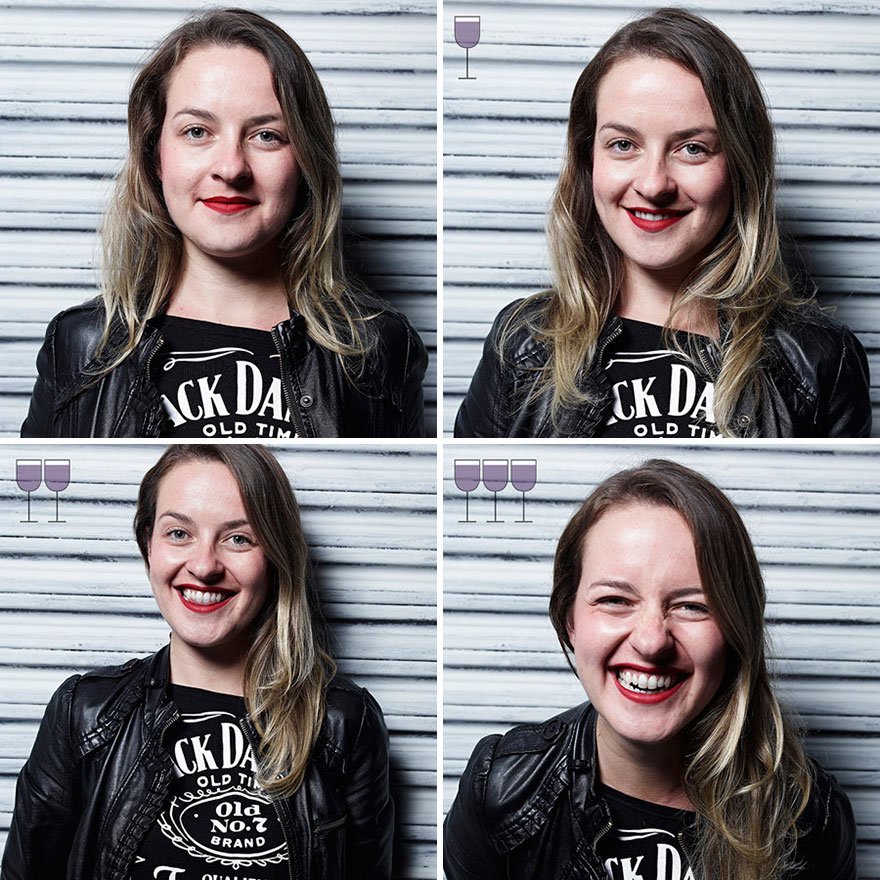 8. These people are suddenly fun 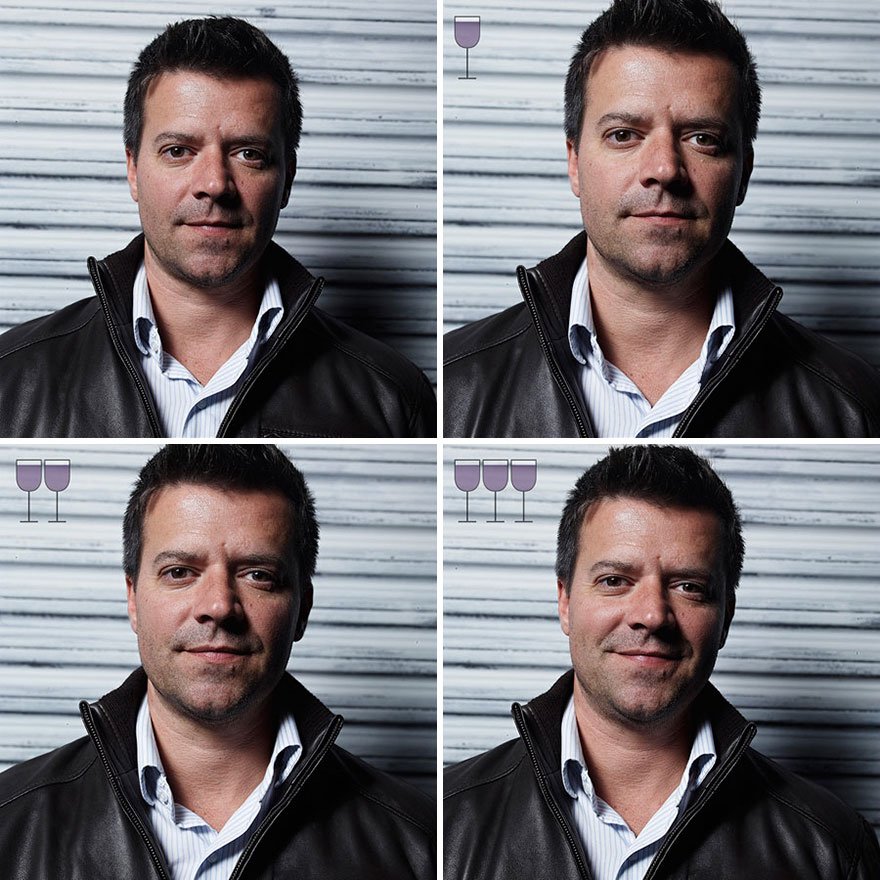 9. Wine and its effect on people 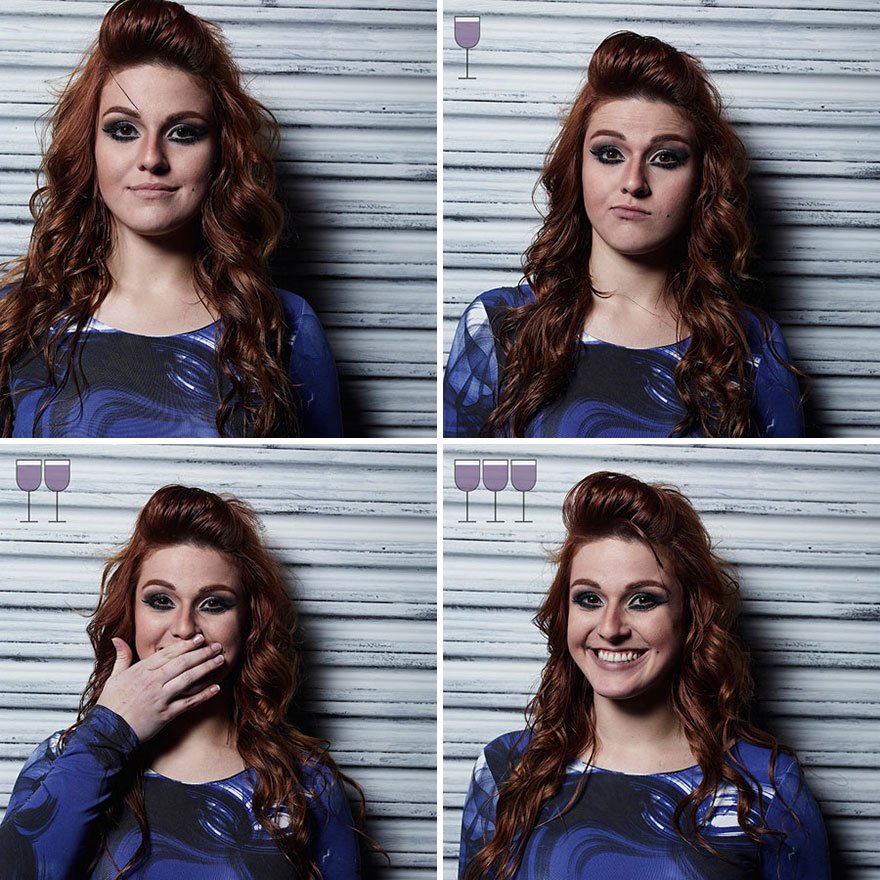 10. People actually opened up after 3 glasses 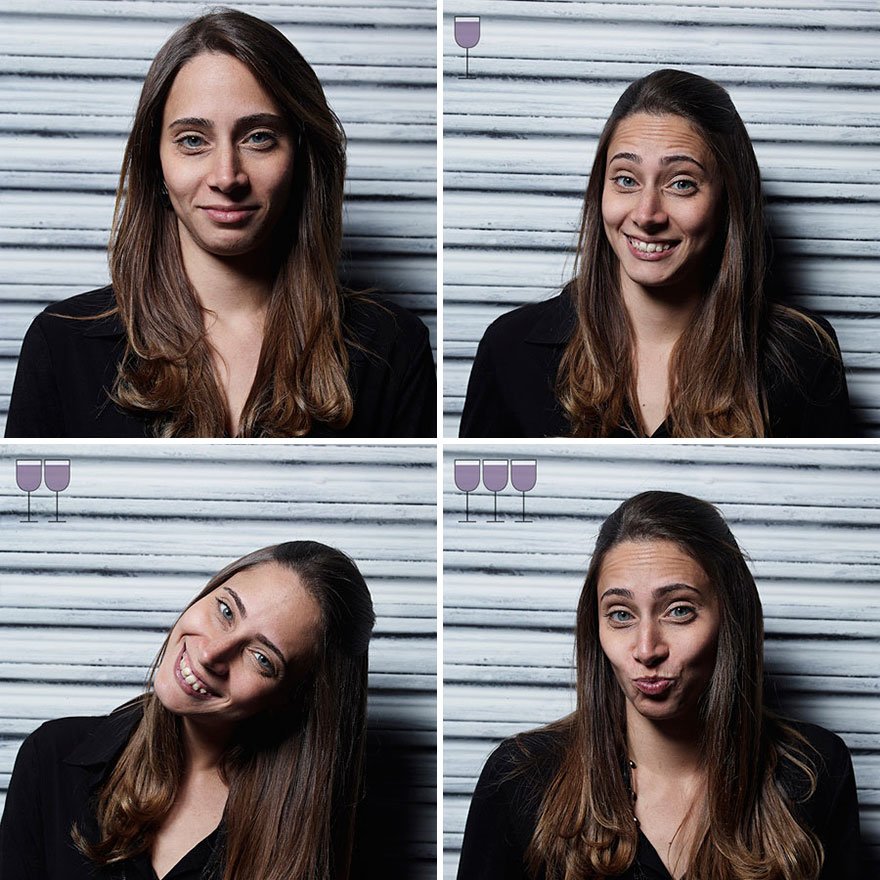 11. Some more glasses for her 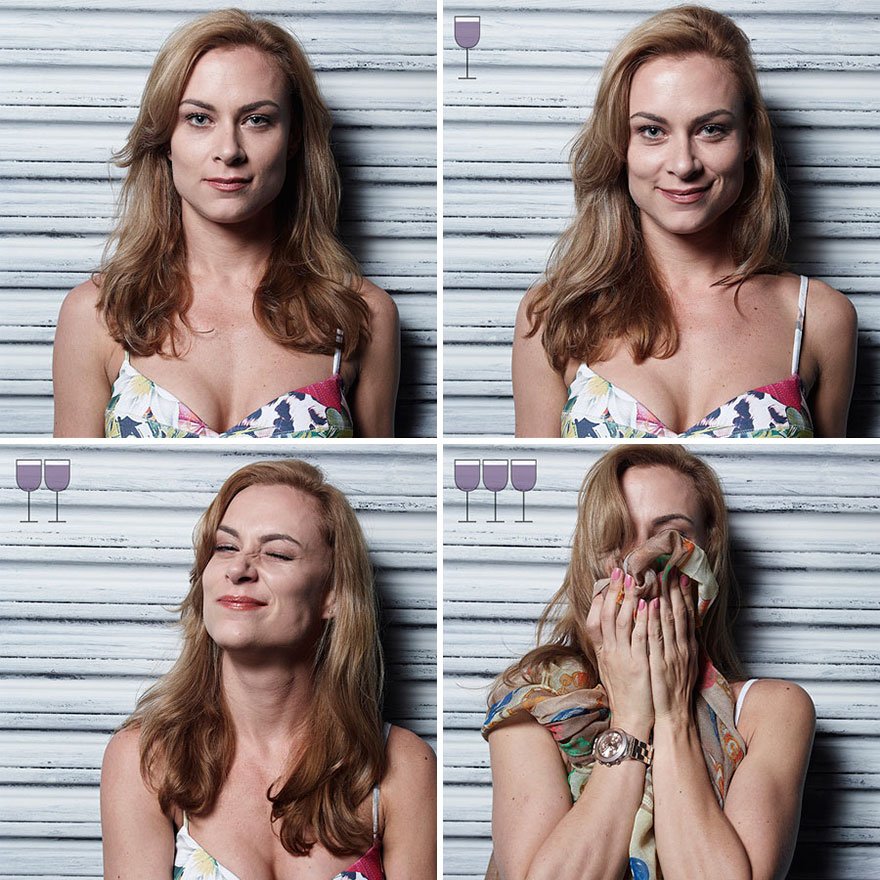 12. I hope they didn’t drive after this 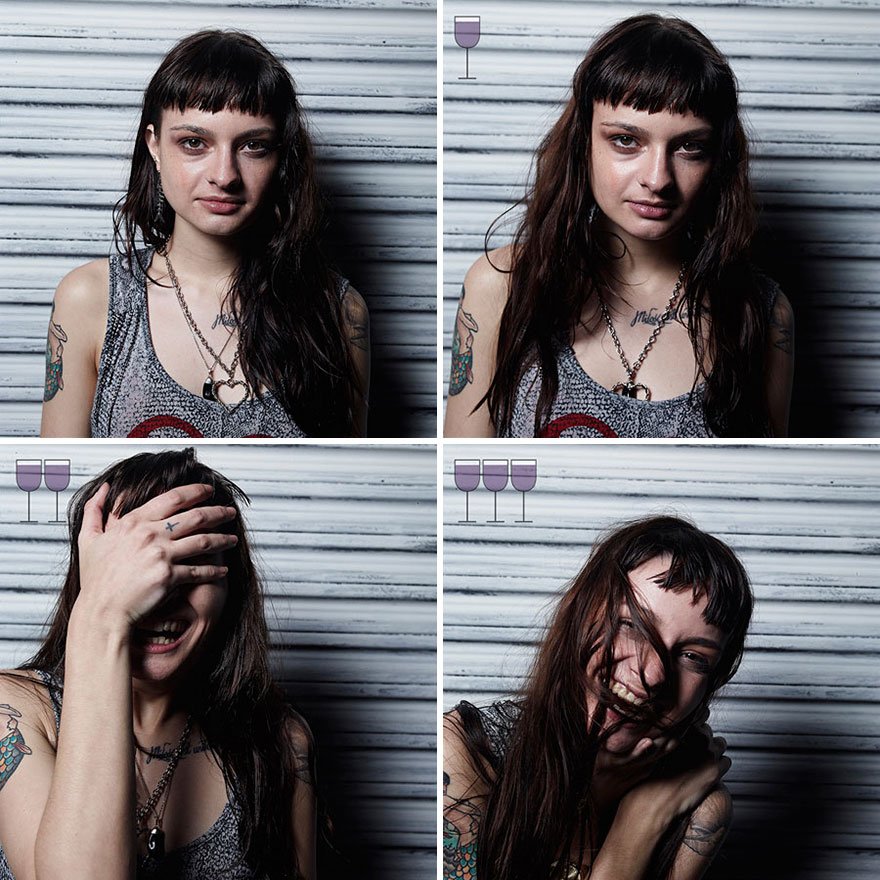 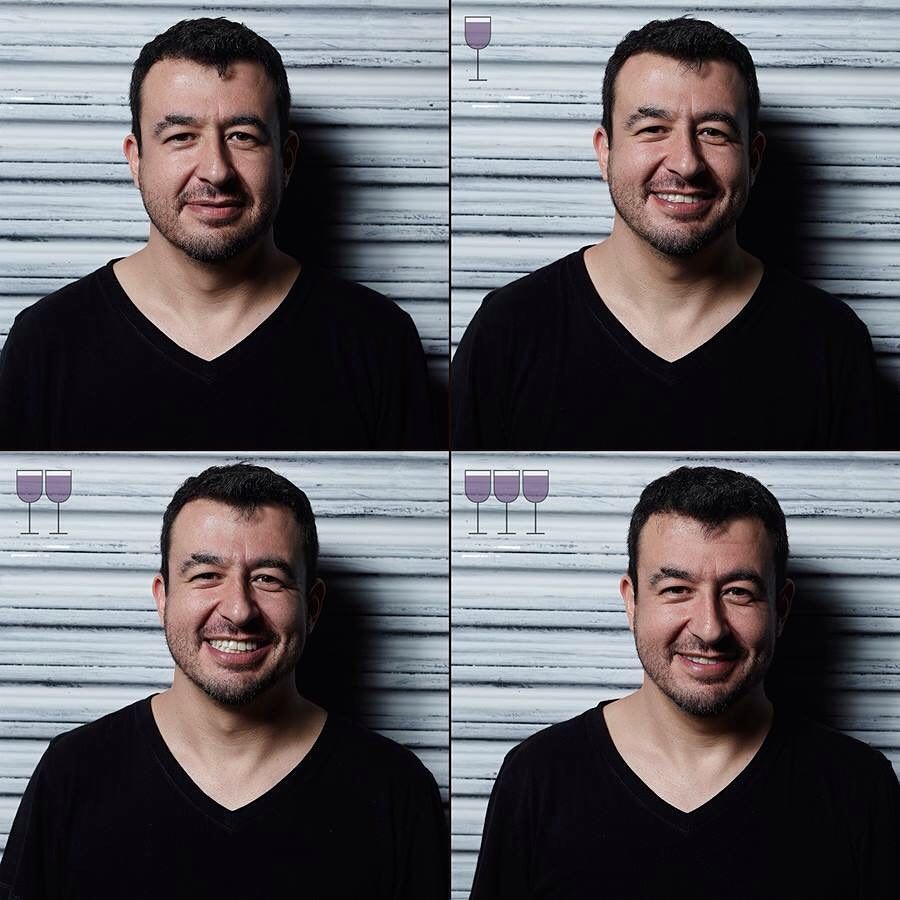 14. From tired to absolutely different 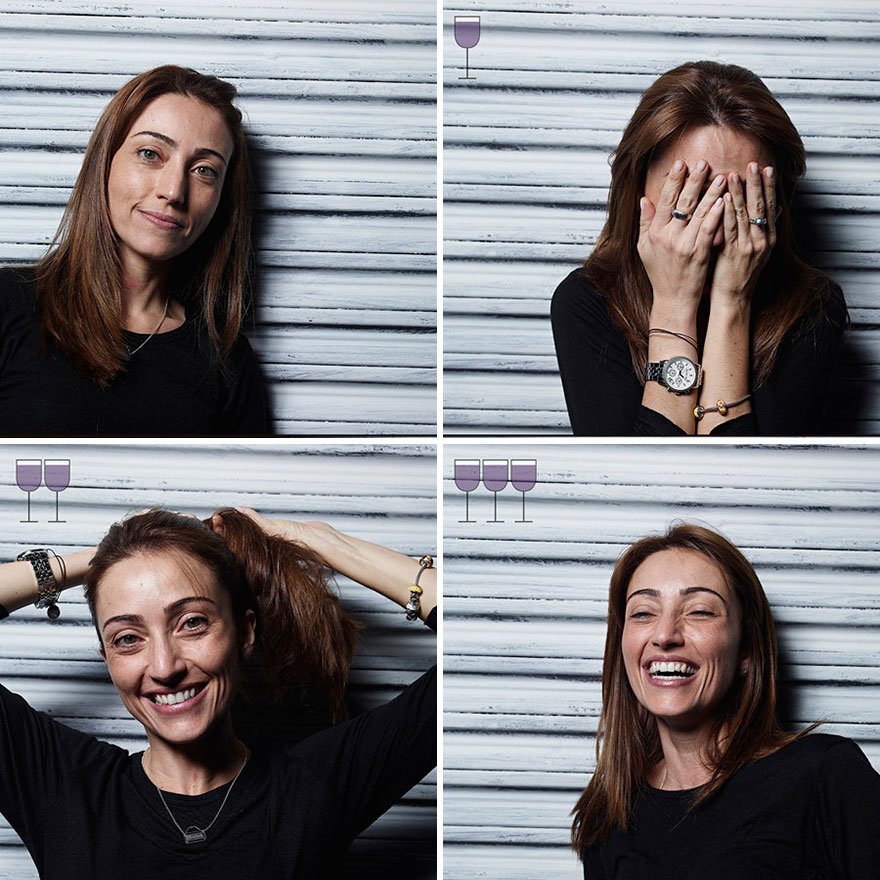 15. He looks different as hell 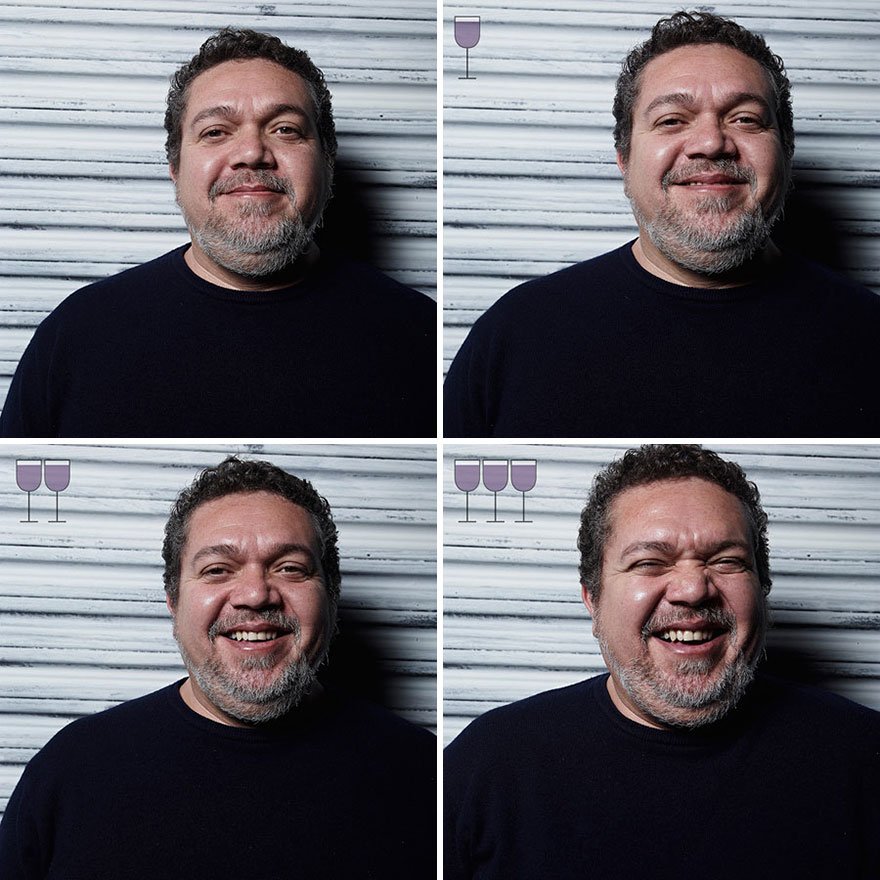 16. She’s total mayhem after the drink 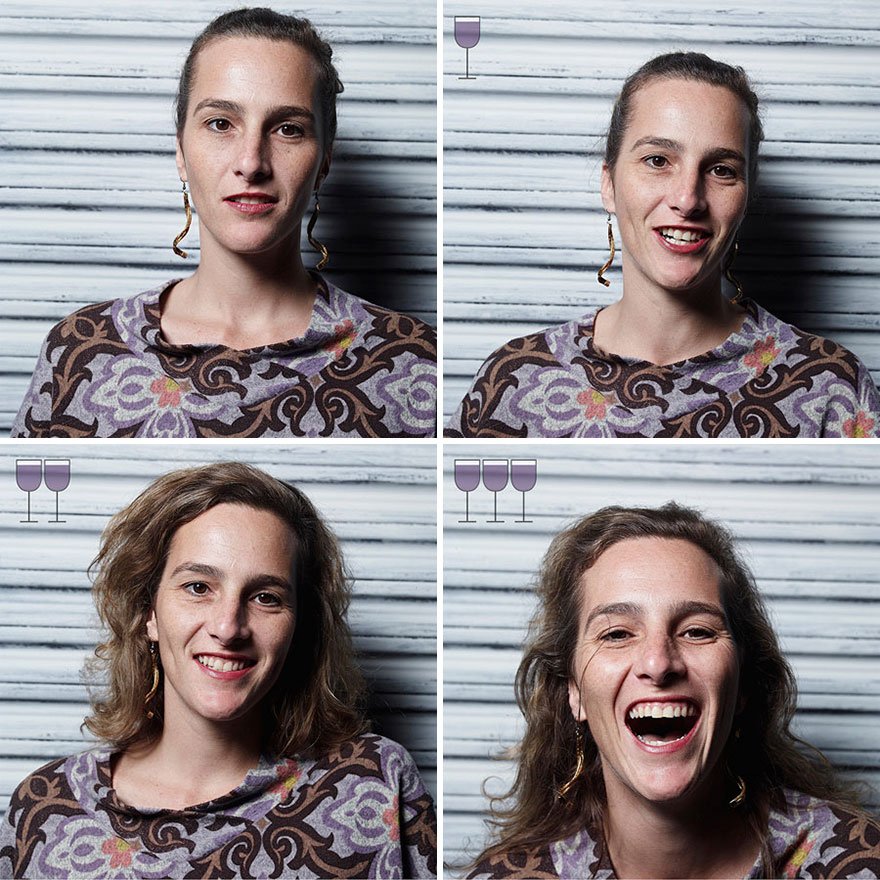 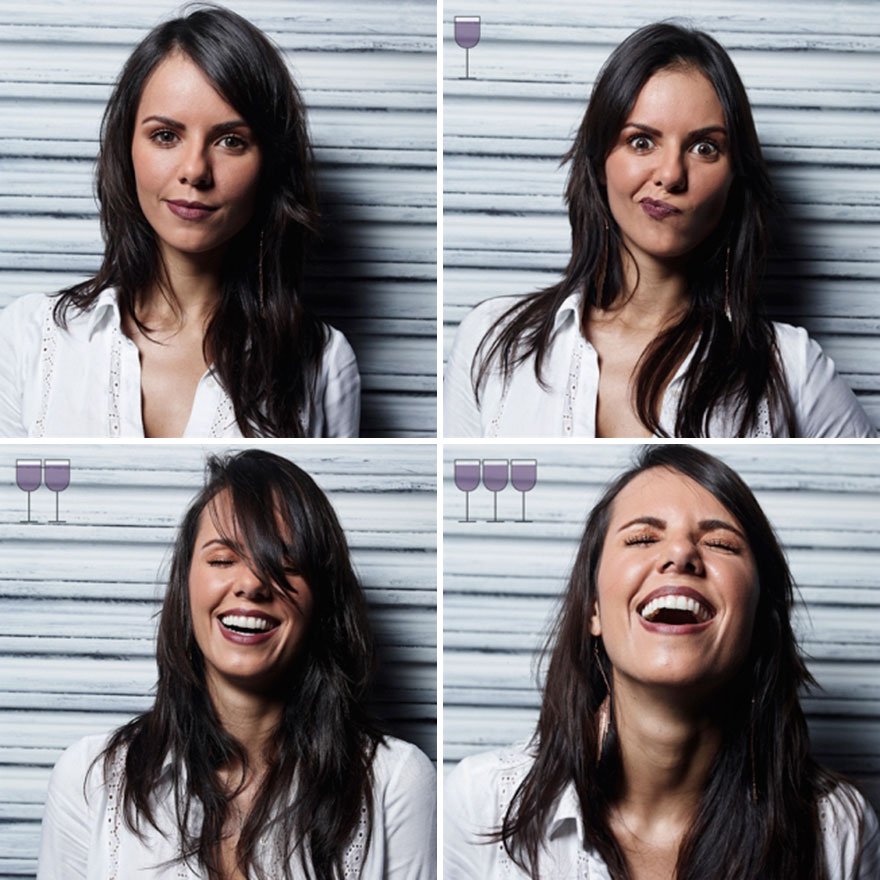 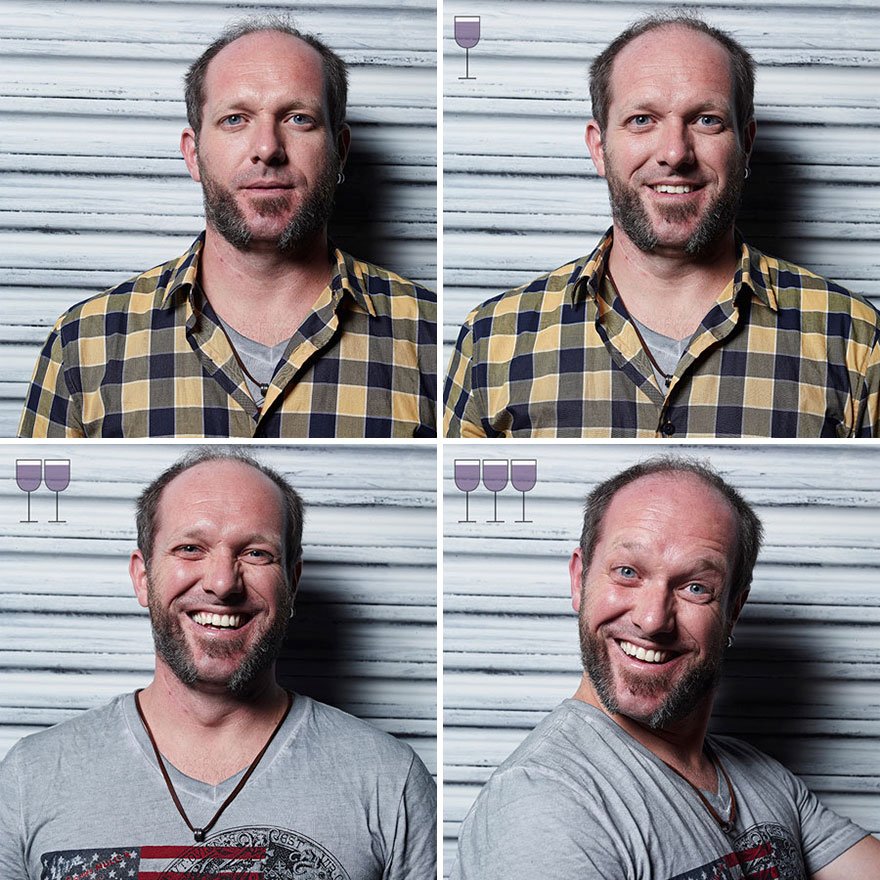 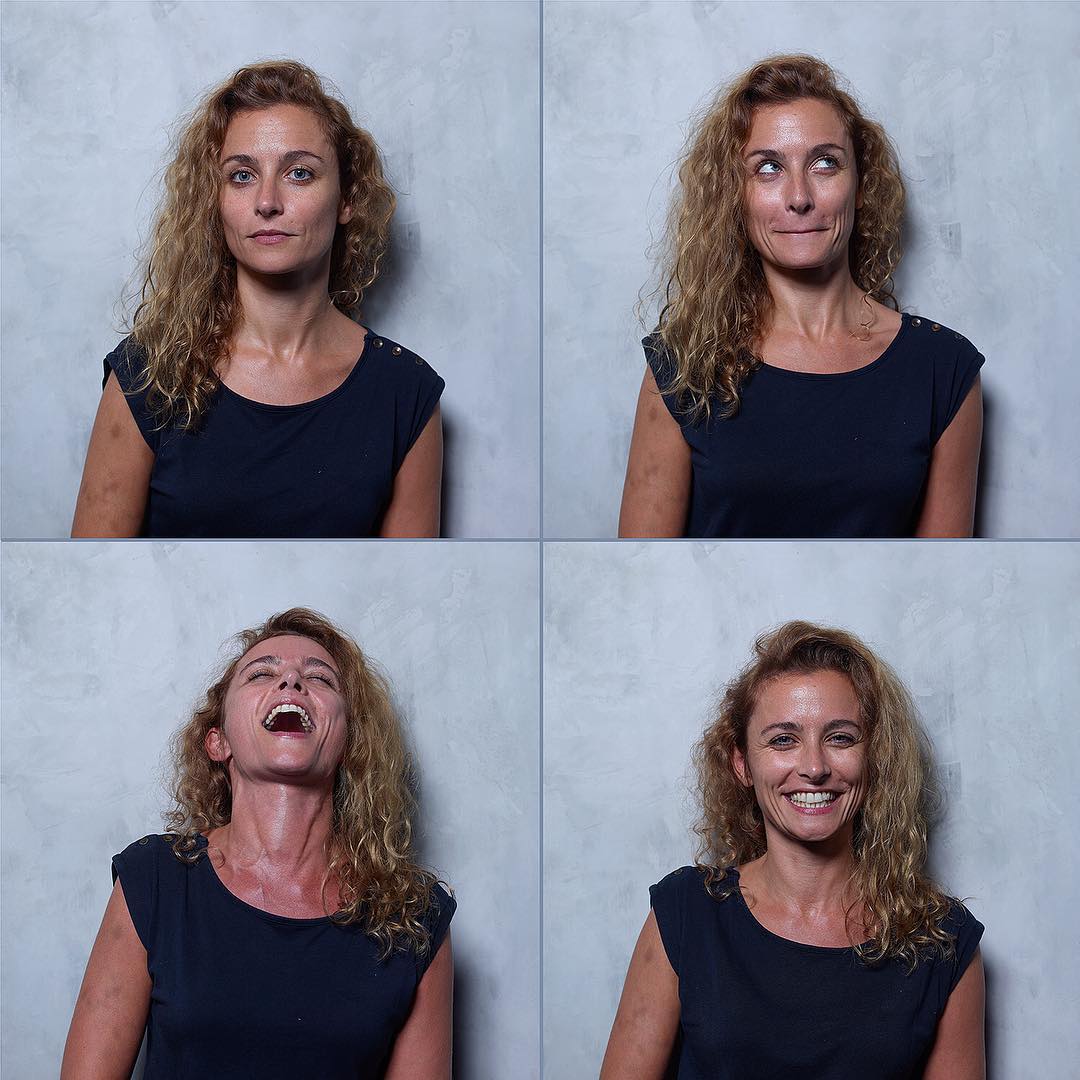 The wine worked like magic on these people. It made them look different and a really refreshing and good different.