Priyanka Chopra Slayed In Black High Slit Gown At The...

Priyanka Chopra attended the premiere of a documentary made on Jonas Brothers named ‘Chasing Happiness’ at Los Angeles, California in a black deep cut high slit gown and nailed the look at the red carpet. The star is known for her head-turning looks and she has done it again with the gorgeous black high slit gown that she was wearing. Priyanka Chopra was there to show her support for her husband Nick Jonas as it was a really important moment for him. 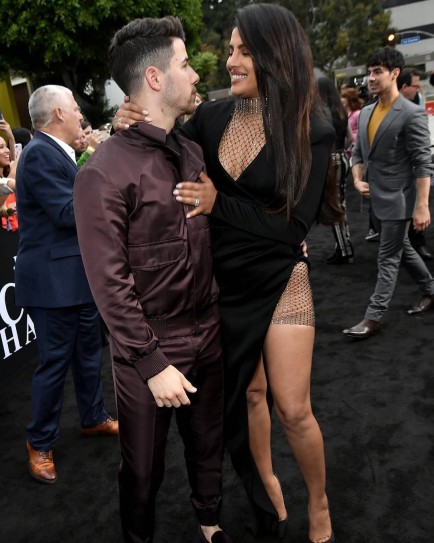 Despite being so busy she made sure that she remains there for her husband’s big moment. At the red carpet of the premiere, she was posing along with Nick Jonas and the two again showed us some PDA moments. Chasing Happiness is the documentary that is getting made on the Jonas brothers and their lovely ladies showed their support with their appearances. 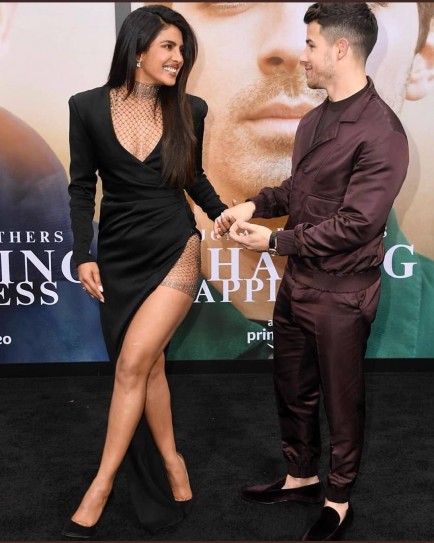 Priyanka Chopra was seen in a black high slit dress with deep cut neck and silver net inside. With straight hair and black pumps, she was kinda killing it at the red carpet. The handsome hunk that she was posing along was wearing a coffee brown co-ordinates. The premiere of the documentary was held in Los Angeles, California. 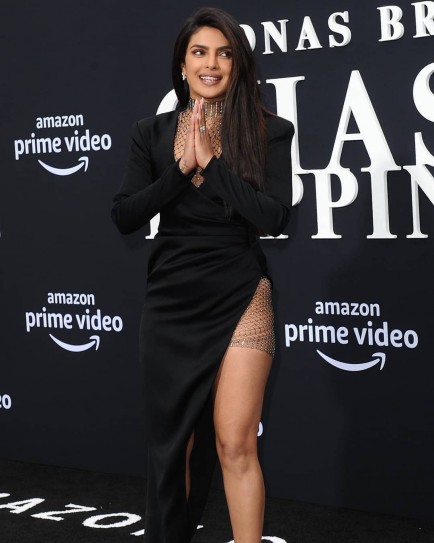 The cute pictures of the couple are already making us jealous like how did they even manage to set the relationship goals higher than before!

Read More: Priyanka Chopra and Nick Jonas Recreated Scene From Romeo And Juliet At A Concert 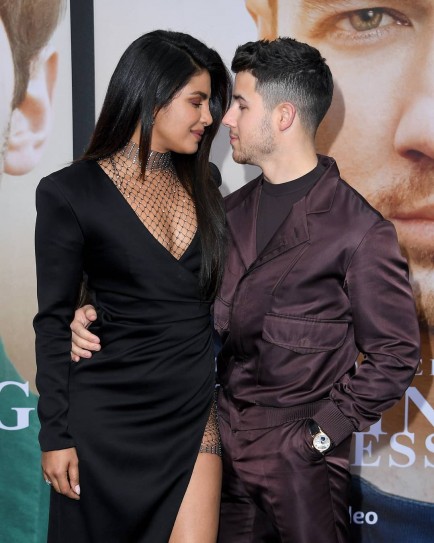 Well, besides Priyanka Chopra, the Game of Thrones fame was also seen attending the premiere of the documentary of the Jonas Brothers movie and to show her support for her husband, Joe Jonas. Nick Jonas thanked everyone for coming in an interview by saying, “It’s a dream come true. They’re all so busy that the fact that they get to come here and support us means the world.” 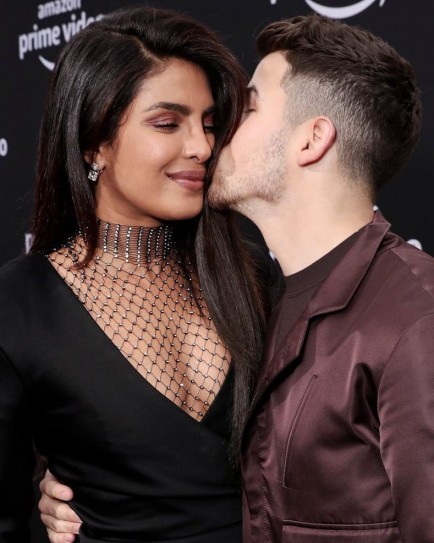