Nick Jonas Kissed Priyanka While Performing At Billboard Awards And...

Nick Jonas and Priyanka Chopra Jonas are one of the cutest couples on the planet. From their cheesy captions to the lovely pictures, the tales of their PDA is not hidden from anyone. They set goals for other couples every second day. Now, the couple is again making headlines for showing their love publically. Recently, the international sensation Nick Jonas kissed his wife Priyanka Chopra during his performance at Billboard Music Awards 2019.

On Wednesday, Jonas brothers were performing at the Billboard Music Awards 2019 in Las Vegas. Priyanka Chopra, Sophie Turner, and Danielle Jonas also reached there to cheer up the boys. 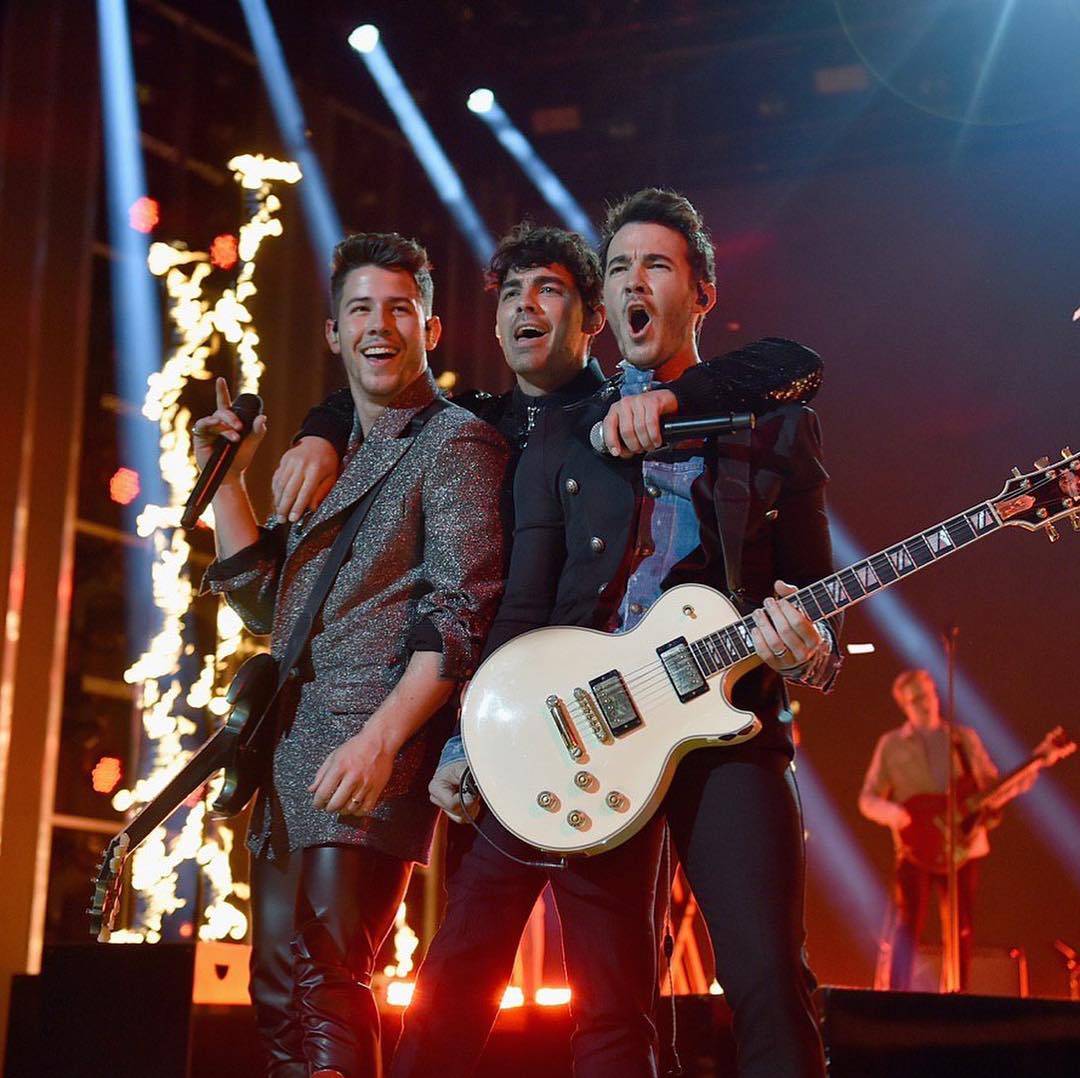 They started off the performance with the super hit song, “Cake By The Ocean.” When everybody was busy enjoying the performance Nick and Priyanka stole a perfectly coordinated kiss. After the kiss, Nick continued performing and his lady love couldn’t stop giggling.

Since netizens are not getting over their cuteness, social media is flooded with comments. Hola! their PDA didn’t stop at the kiss, the couple also posted several pictures on their Instagram sharing the beautiful moments from Billboard Music Awards. 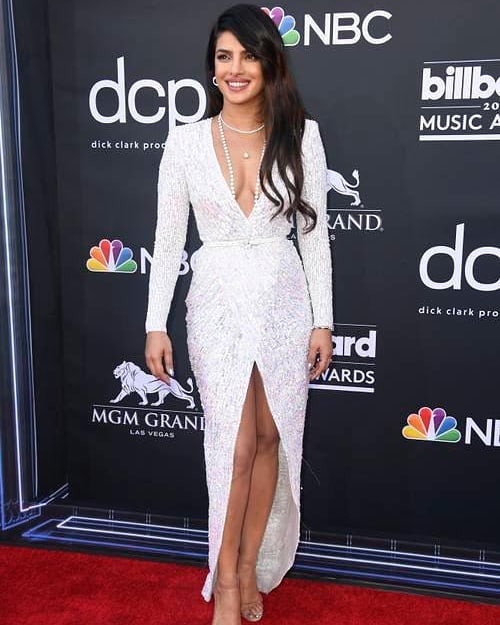 The couple made a stunning appearance on the red carpet of Billboard Music Awards 2019. Priyanka Chopra slayed in a white sparkling gown by Zuhair Murad. Whereas husband Nick complimented her in a checkered suit. 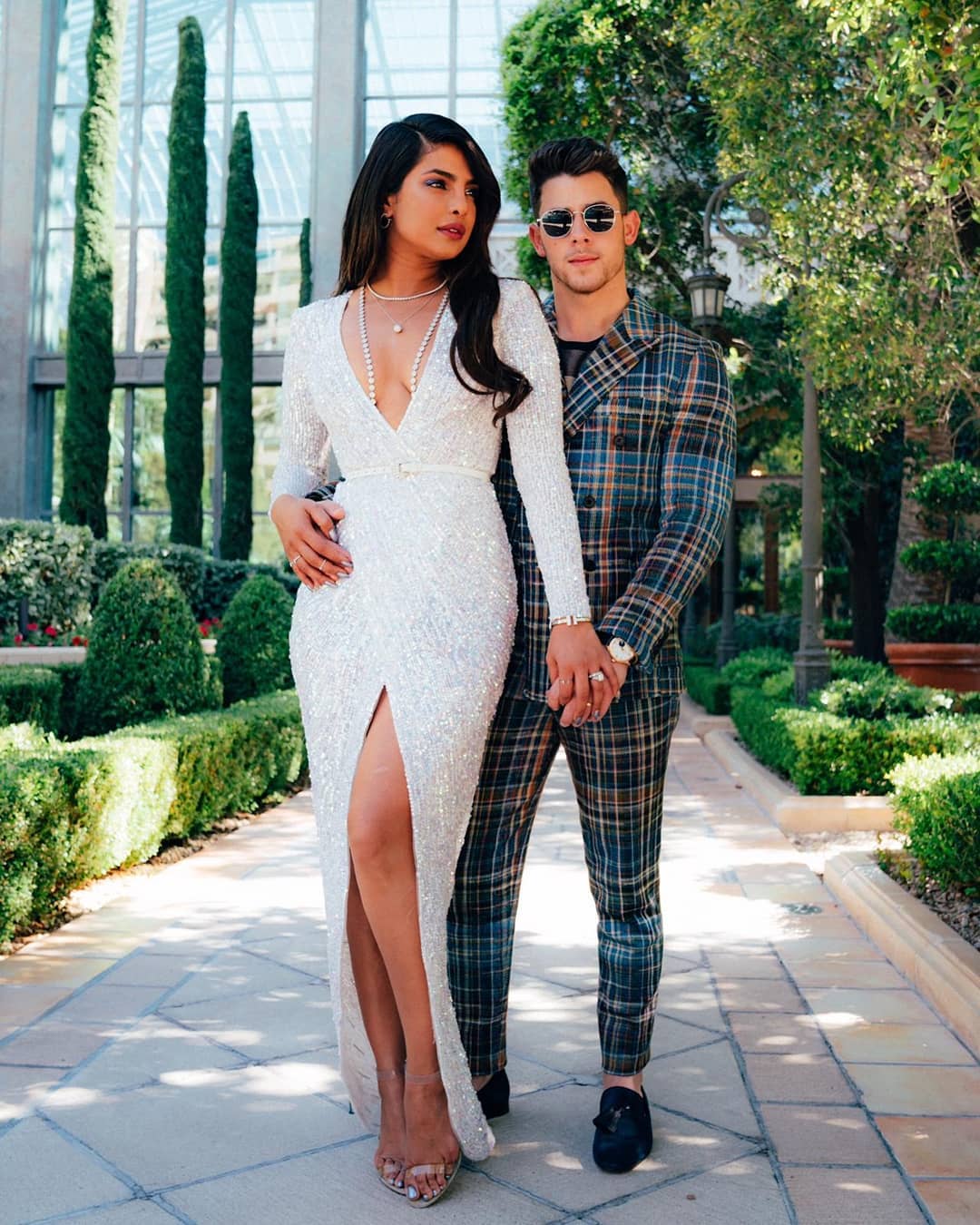 Read More: Celebrities Who Slayed The Red Carpet At The Billboard Music Awards 2019

Just like Nick, the other two Jonas brothers also appeared at the award function with their lady loves. Kevin Jonas came with wife Danielle and allowed the media to capture some loved up pictures of them while walking through the red carpet. The third guy from Jonas clan also reached with his fiancee Sophie Turner.

Undoubtedly, the Jonas brothers set the fire at the Billboard Music Awards 2019. And the perfectly timed kiss of Priyanka and Nick played as an icing on the cake.