Poor Mother Collects Coins To Gift New Phone To Her...

Parents have different ways of rewarding their children, but above all, it is the love that counts. Recently, the internet stumbled upon the story of this poor mother who gifted her kid a new phone. The new phone was given to him as a reward for being a topper in the 11th grade. Though material possessions can not define the love parents feel for their kids but it is the feeling behind those gift-giving acts that count.

“Respect your mother. You aren’t aware of how many sacrifices she gave for you and for your happiness. Ask people who…

The post was shared on a Facebook page of K&L Marketing. The picture of the poor mother with loads of coins went viral on the internet as soon as people got to know her story. Though it is quite clear in the picture that the financial condition of this woman is not very good, but still she visited the shop with her hard-earned coins not to buy something for herself but to gift her son a new phone.

This picture is a great example of a mother’s sacrifice and what she does for her children. No doubt the picture went instantly viral on the internet and netizens couldn’t help but be appreciative of this poor mother’s act of love for her son. 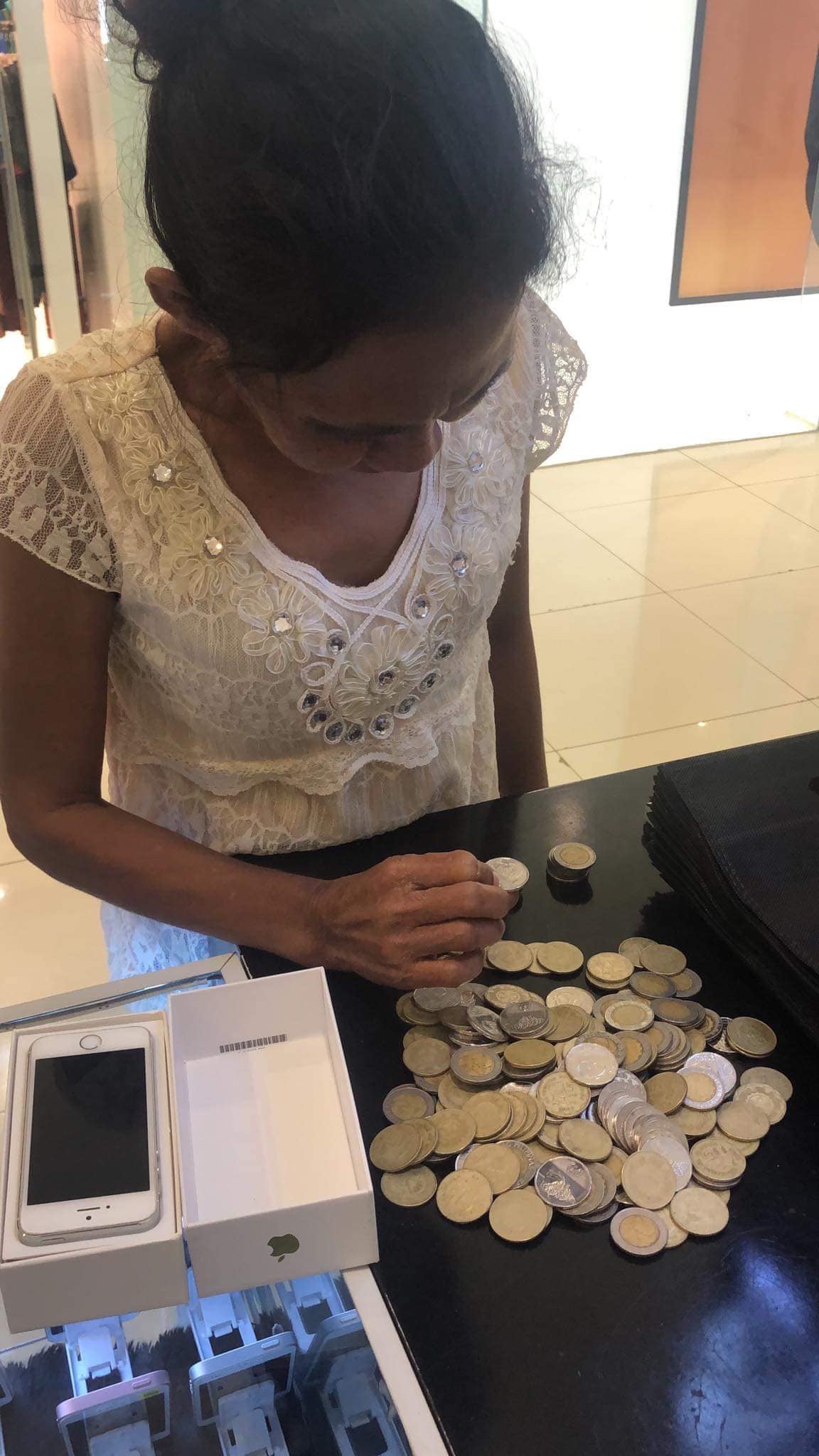 The family definitely worked so hard in gifting their son the new phone. It is the first-ever phone that the kid ever got. Later it was explained that his family is actually really poor, her mother is a homemaker while his father works in a vulcanizing shop. They felt it was important to make their son feel that they are proud of his achievement by gifting him a new phone. 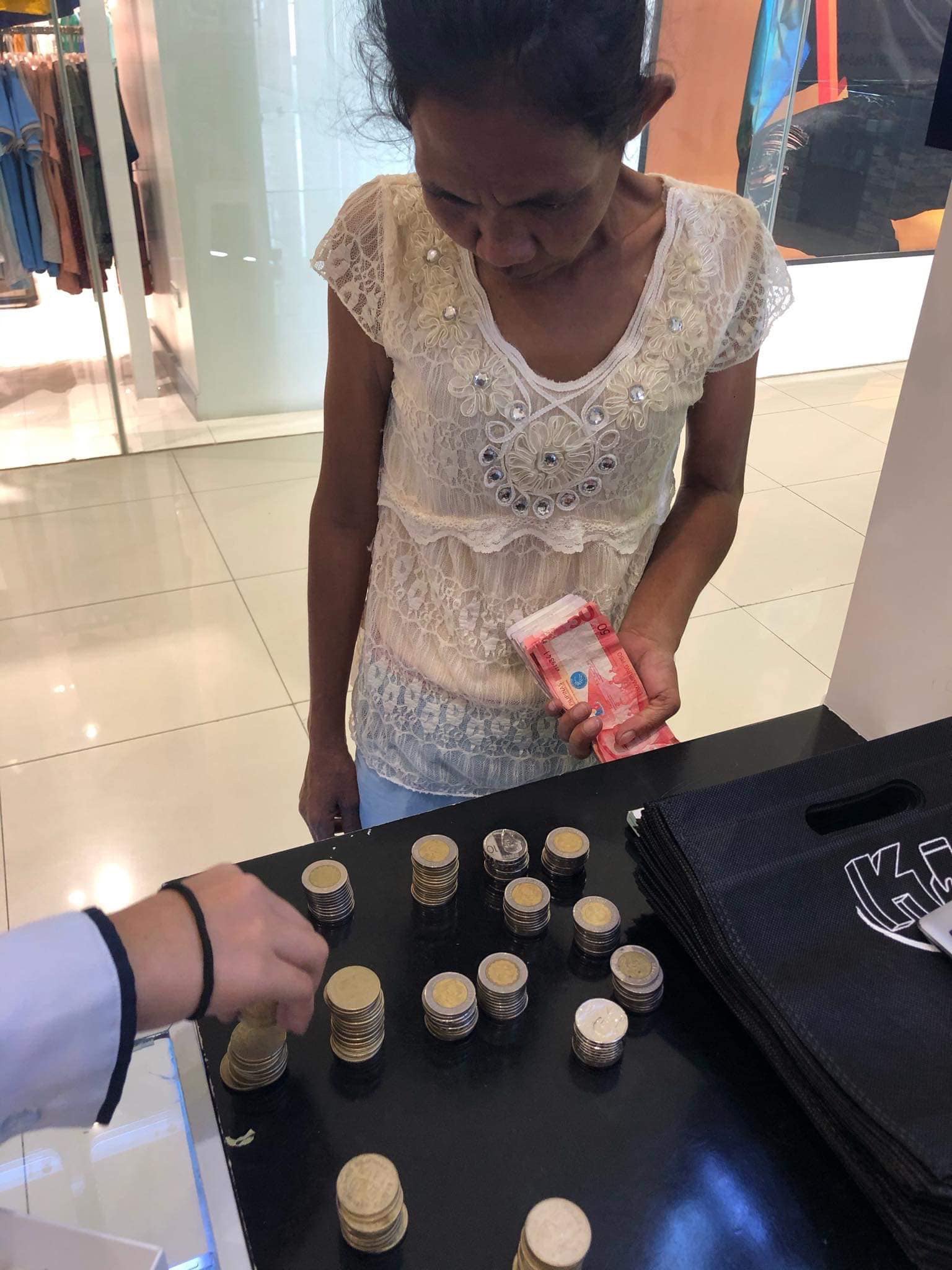 Sometimes in life, when we get something from our parents we forget how much they had to work and sacrifice in order to afford those luxuries for us. And in return, they ask for nothing but love and respect. If that’s not the purest kind of love, I don’t know what is.