Father Came Barefoot At Daughter’s Graduation And Earned A Lot...

Parents can sacrifice anything for their children and will do anything to give their children a comfortable and fulfilling life even at the cost of their own needs. Parents consider educating their children as their first priority and they do whatever is in their power for it. And this Filipino father has proved it again, as he never let his financial status be a problem in his daughter’s education. Also, he gained a lot of admiration and praise from the people because he came barefoot at his daughter’s graduation as he couldn’t afford footwear. 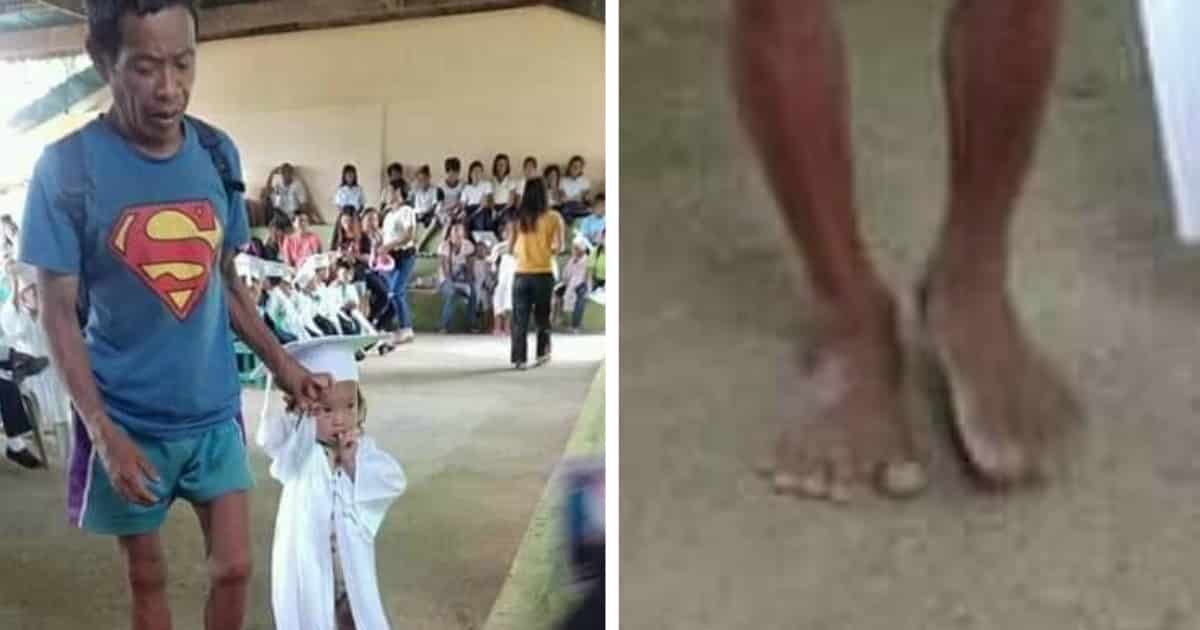 The man who came in a Superman t-shirt indeed proved to be a superman for his daughter. He didn’t have money to buy slippers for himself but had enough money to indulge in his daughter’s better future. The Filipino man is a construction worker at La Fortuna, Oriental Mindoro. Despite having extreme poverty he sent his daughter to kindergarten.

The man assisted his little daughter to stage on her Kindergarten graduation ceremony. He was seen in a t-shirt and shorts while nothing on his foot, and probably that was the best outfit he could afford for himself on his daughter’s special day. Meanwhile, the little girl was nicely dressed in a Taga and was walking beside her father and she too was seen being barefoot. 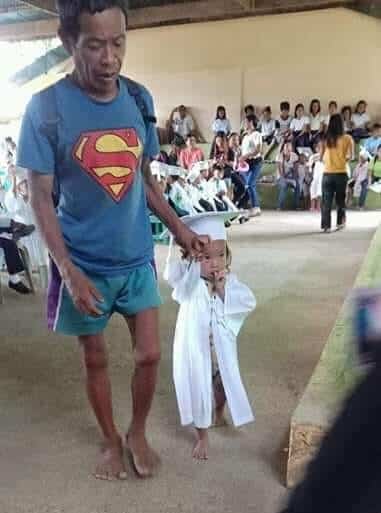 The post got viral due to its heart-touching ability. It got shared worldwide by many people and also various Facebook pages to let the world know about this man’s dedication and passion for his little girl. The post left people with a sort of mixed feeling of sadness and happiness. Sad because of the poor condition of this father and happy to see his dedication for providing his daughter with the right education.

Read More: Transformations Of These Actors After Applying Movie Makeup Is Just Awesome