Woman’s Cornea Eaten Away By Bacteria After Sleeping In Contact...

How many of you sleep with your contact lenses on? Just because nothing has ever happened to you yet, doesn’t mean it is okay to sleep that way. An Ophthalmologist Dr. Patrick Vollmer, recently shared a case on his Facebook profile of a woman who is her patient that left everyone in shock. The woman’s cornea was eaten away by bacteria after she slept in contact lenses. 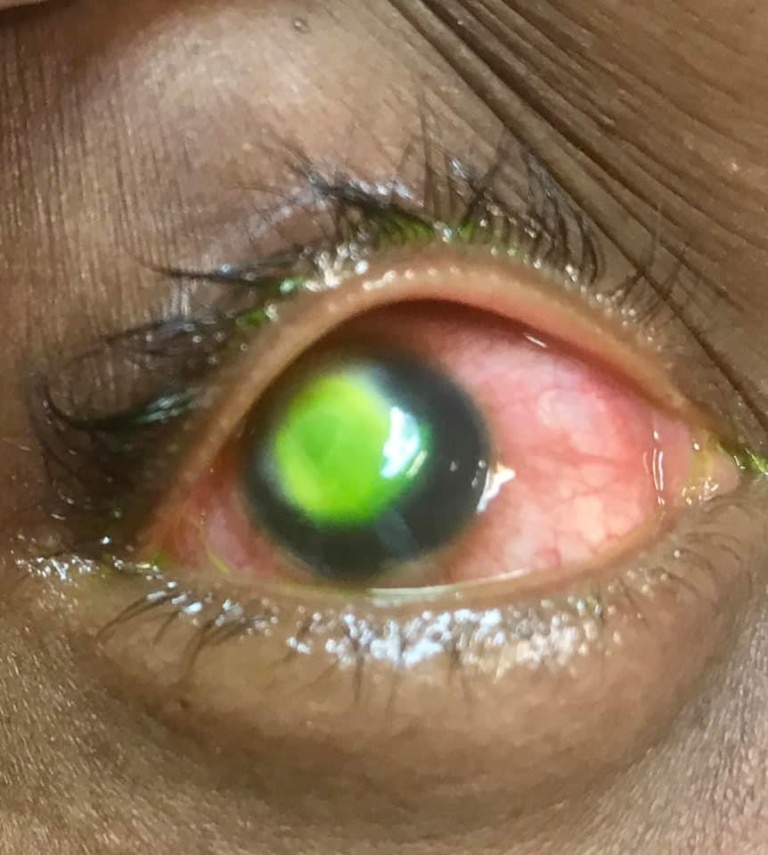 The post went incredibly viral gathering over 275,000 shares in just four days. The woman’s cornea appears to be glazed over as ooze with thick, yellow puss. The post has now around 30 million views, where people around the world are commenting and debating over the issue. 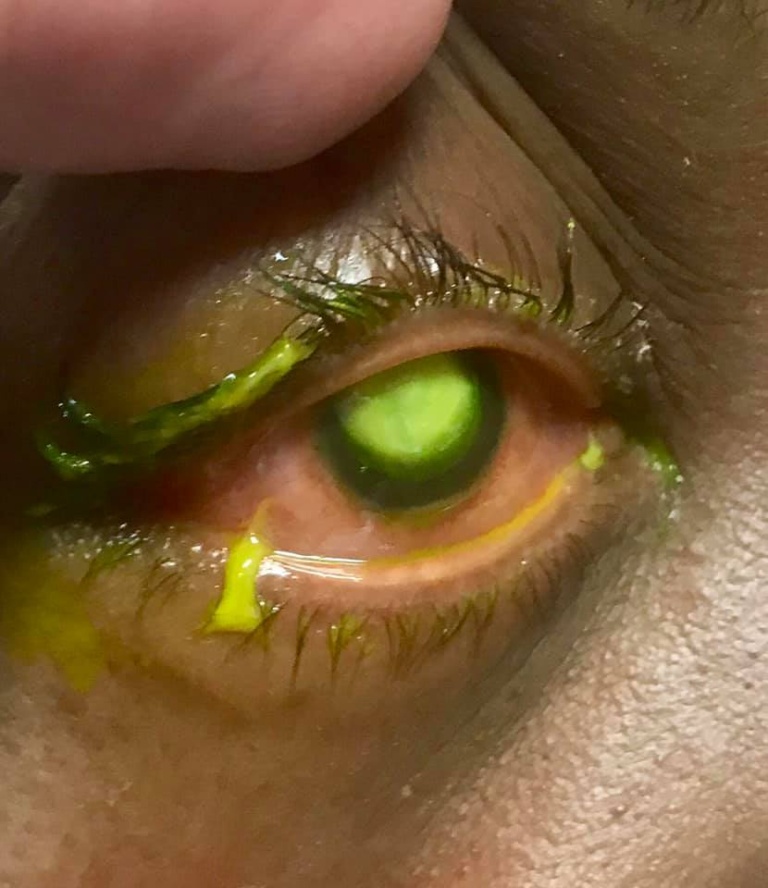 Dr. Vollmer points out how he always tells his patient to never sleep with contact lenses on. The bacteria attack is one of the many problems that sleeping with your contact lenses can cause.

According to a report, 45 million people in America wear contact lenses. Out of which two-third of them are women. The doctor further said in his report that the woman was suffering from ‘cultured pseudomonas ulcer.’ This Pseudomonas (bacteria) is due to ‘the direct result of sleeping in contact lenses.’ 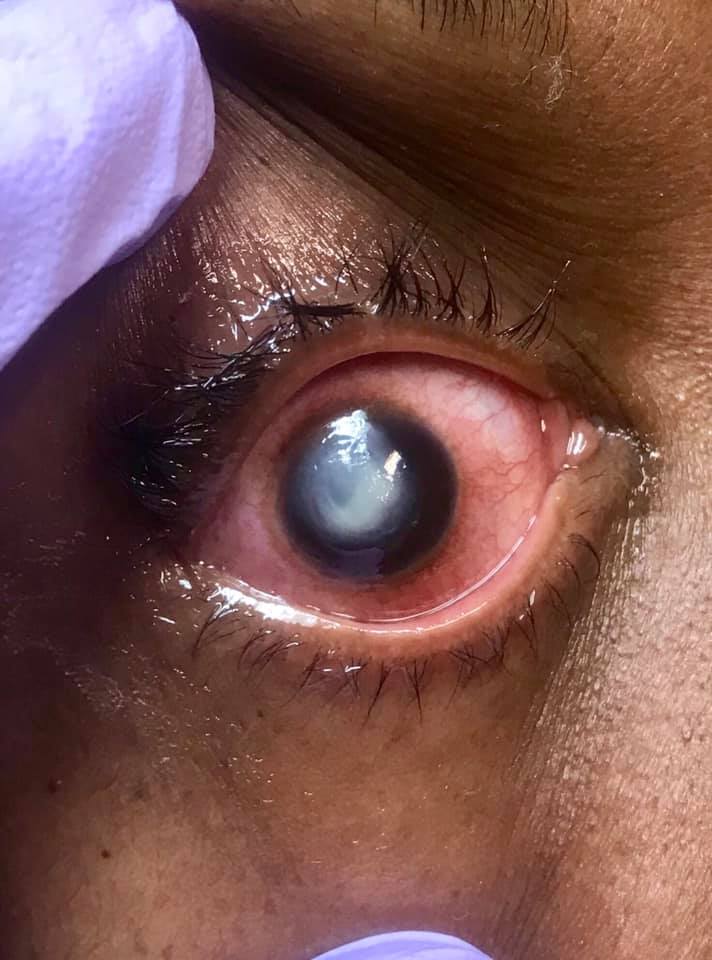 The doctor points out that the green stuff is due to fluorescein dye that was infused in the eye. The part formed an ulcer bed which was formed in just 36 hours. After examination, the doctor concluded that the patient was actually suffering from a large ulcer. This condition left her vision to light perception only. The post is going viral day by day on Facebook. 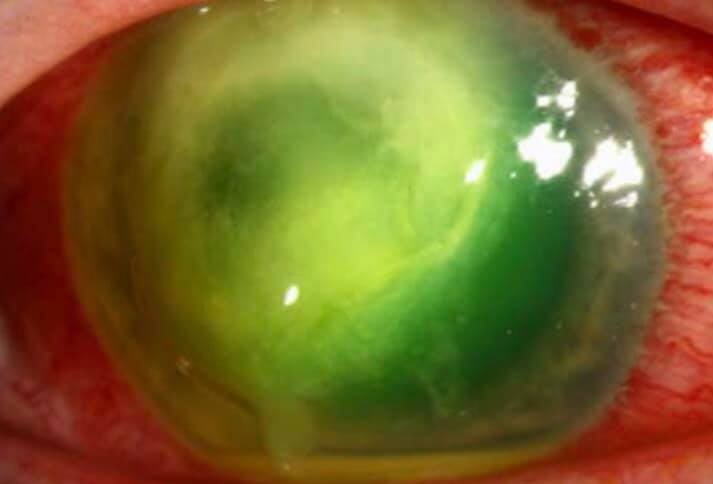 You may also like to read: Woman Falls In Love With The Man Who Consoles Her While She Was Crying At The Pavilion Mall