A video published on 13th August made by Youtuber named, Allen Pan gained mind-boggling views after he invented robot legs that assist snakes to walk. He is well known as a youtube creator that applies his engineering knowledge to build homemade exoskeletons, battlebots and other famous discoveries gaining huge audience attention.

After Allen received some negative comments regarding his video, in which he and some of his friends can be witnessed catching a wild snake to take it without getting caught by airport security, although the snake escaped before the experiment could be performed.

In the current video, that Pan posted, he said that he kind of experiences sadness for snakes as “they lost their legs.”

There exists a belief that tracing back to 100 million to 150 million years back, snakes moved on with their legs, this was before the time they developed to the level, where snakes can make a living and survive even without their legs. The situation regarding this drastic change they underwent has remained a matter of controversy. 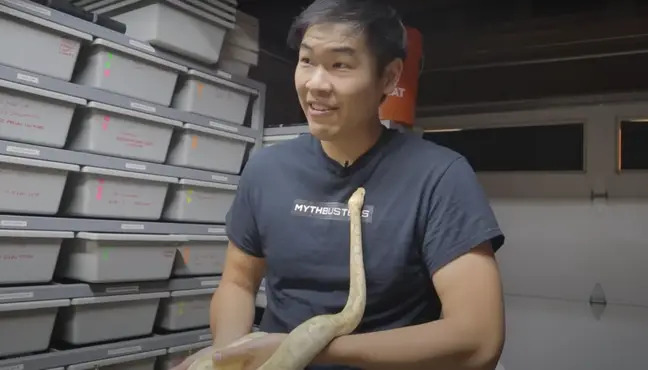 Few people believe that snakes underwent this change to adjust to water environments; while few think losing legs would eventually assist the snakes to move underground with fewer efforts if we are to believe the Scientific American reports.

Regardless of why it happened, Allen Pan’s video highlights his invention that enables snakes can use to “walk,” with the help of robot legs, although there is one condition being that the snake should on his own will enter and exit the device.

The device is a kind of hollow tube with robotic legs connected to servos which can be managed and directed from a laptop. 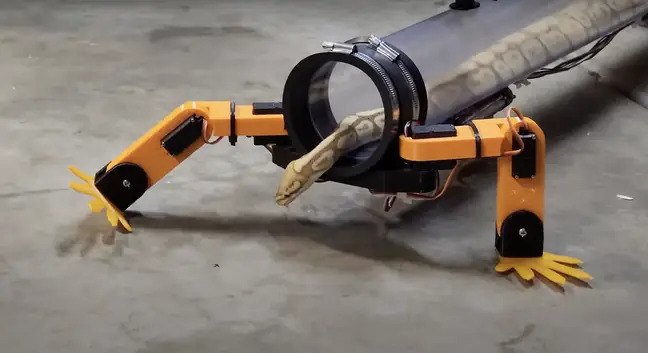 Additionally in this video, Pan can be seen requesting a snake breeder to lend a Python, and who consents to lend a python to try out the machine. The python can be seen entering the hollow tube, which is then directed by Pan. The device does not let the snake have control over the legs.

Until today, the video had views of over 1.6 million on YouTube, on the other hand, the video posted by Allena on Twitter had 13.5 million views. “Stop pitching me your crypto startups,” commented one Twitter user who also shared the video. “This is the only kind of tech innovation that interests me.” another one. “Finally, lizards are real,” added another.