Man From Beijing Spends Thousands Of Dollars Trying To Keep...

Talking about dog lovers, they have always wanted a dog whom they can be with and love. When you have a dod, you have to take care of him/her and make sure they’re groomed and healthy. But some people just cross the line. The owners get so obsessed with their pets that they tend to spend thousands of dollars on their pets. 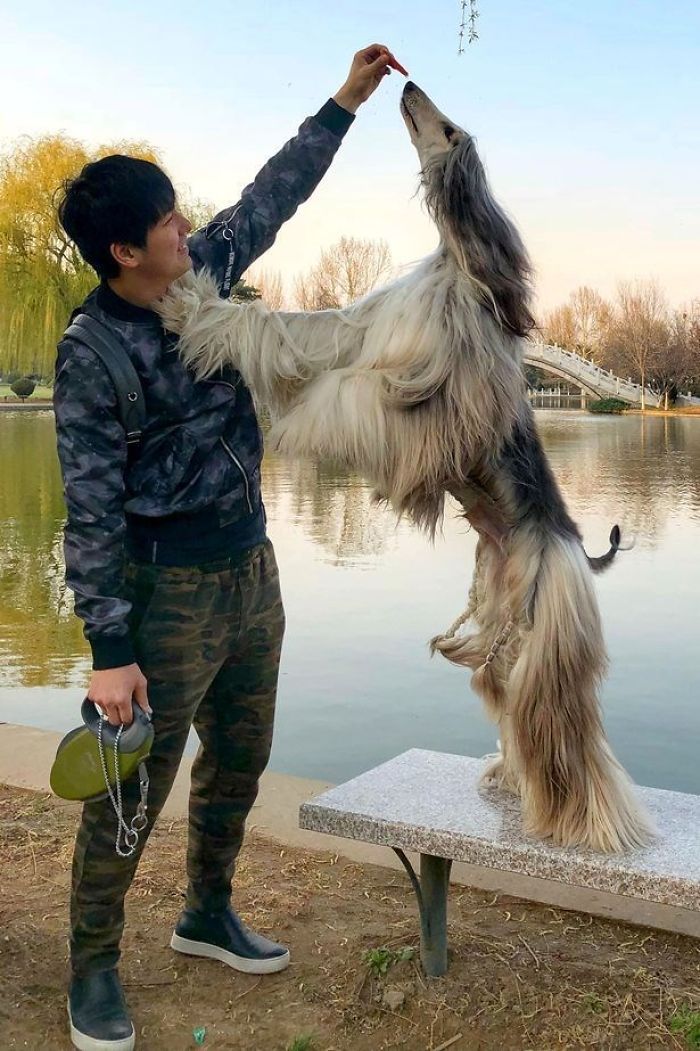 Like, meet this man from Beijing, Kevin Chan, the owner of probably the most stylish dog in the world, a three-year-old Afghan Hound AJ Nirvana Battle. This man has already spent more than 100,000 Chinese Yuan till now that is equal to 15,000+ US dollars on his dog’s hair. Not only this but the man also tends to spend 6-8 hours per week trying to keep his dog’s hair fabulous every single day. 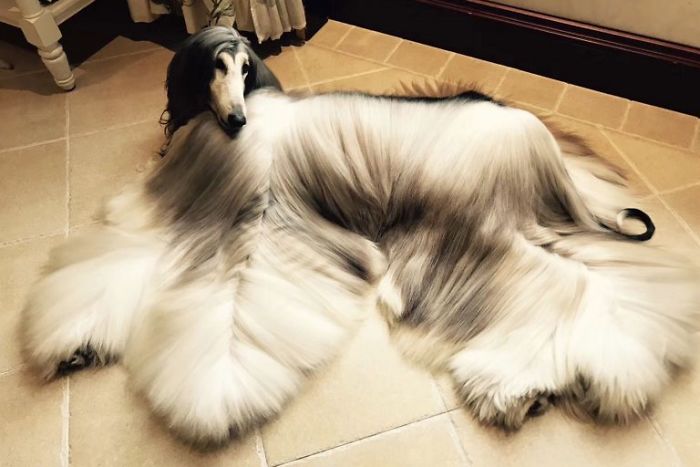 Kevin Chan says that Battle was already the most beautiful dog in the world when they first met each other. So he doesn’t mind spending so much money or time on his dog’s hair since he’s now like his family member. 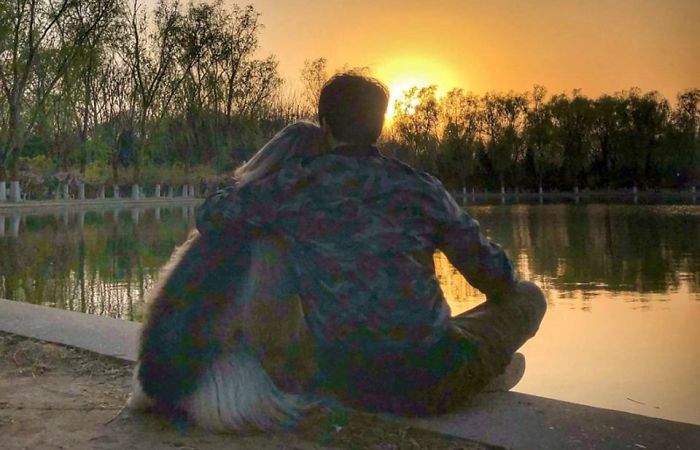 The man from Beijing who owns Battle gives him regular baths every 7 to 10 days and does everything by himself. All the grooming equipment for his dog’s hair cost the owner more than thousand of dollars already. In addition to that, he also spends 4,000-5,000 CYN (more than 700 US dollars) on the dog’s bathing products every month. 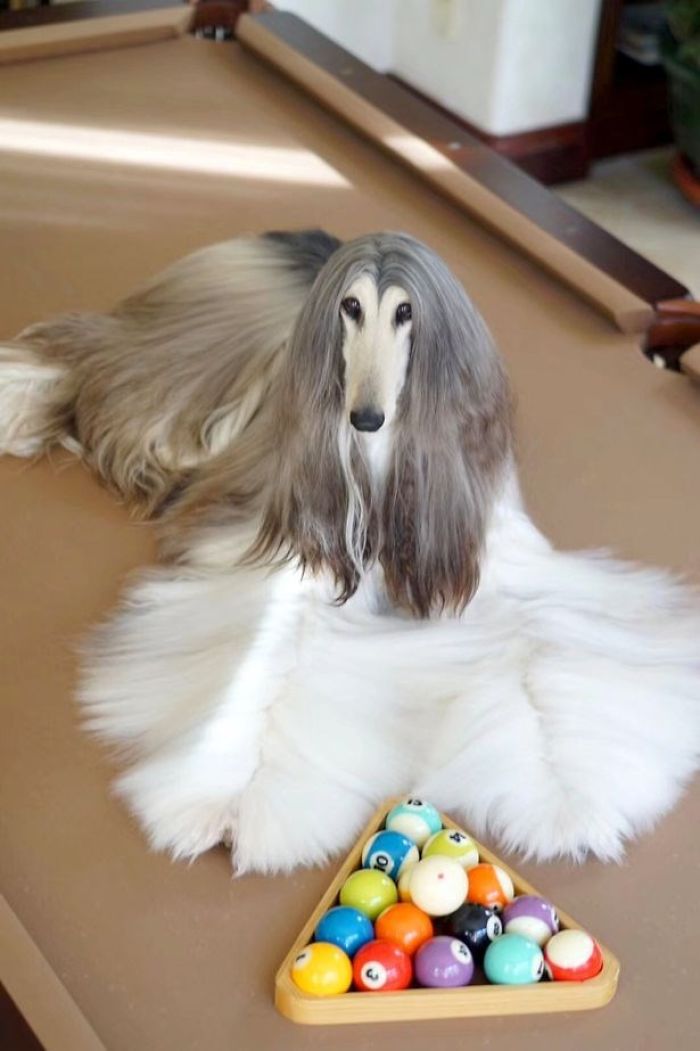 The 29-year-old owner, Kevin Chan works as a marketing director in Beijing. He even bought a camera and started taking photography lessons just so that he could capture his pampered dog. 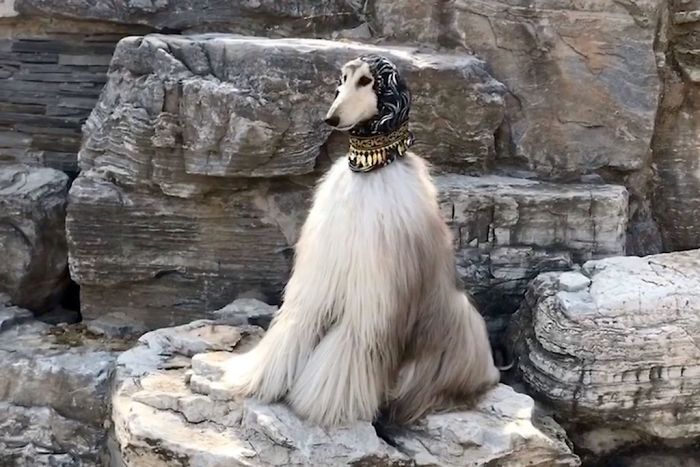 Meet the 3-year-old Afghan Hound AJ Nirvana Battle who is probably the most stylish dog in the world. 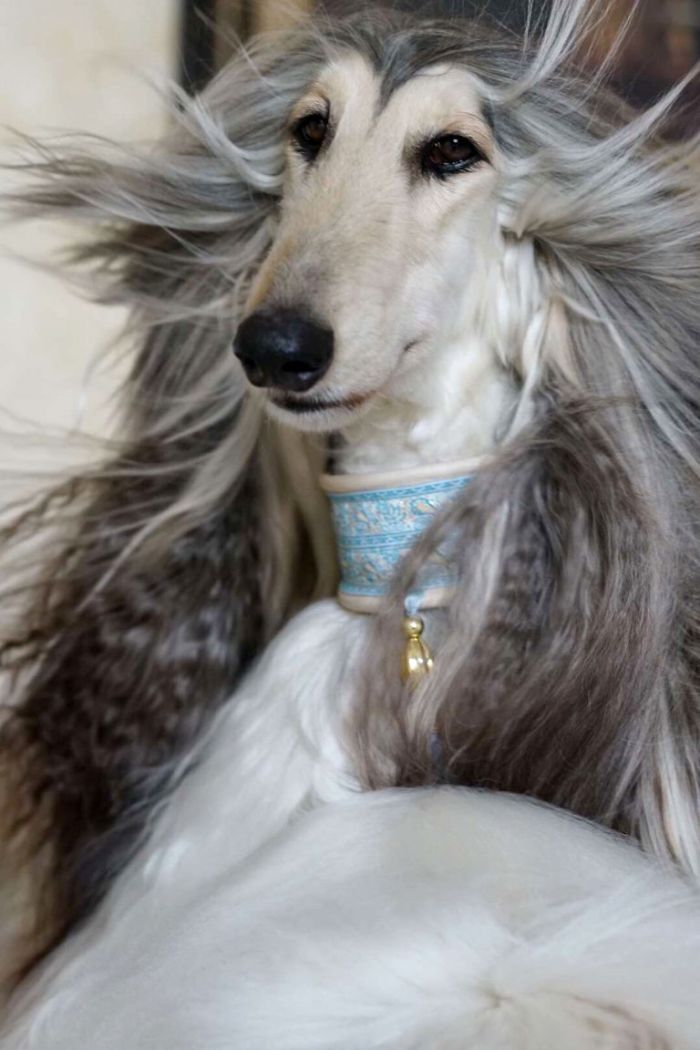 The owner of this dog Kevin Chan has already spent thousands of dollars on his dog’s hair. 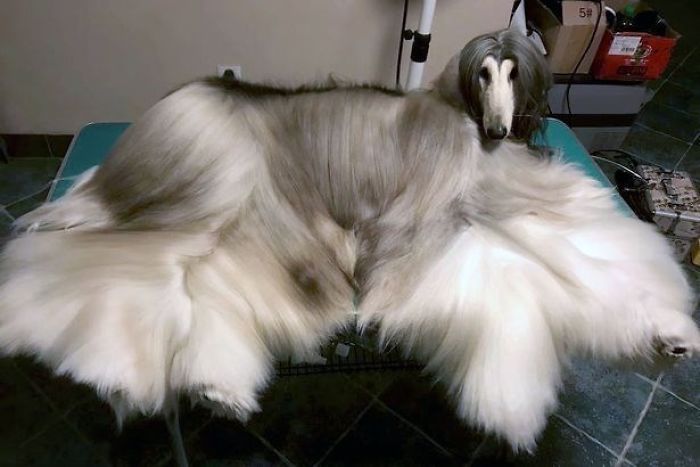 He was already the most beautiful dog when his owner first met him. 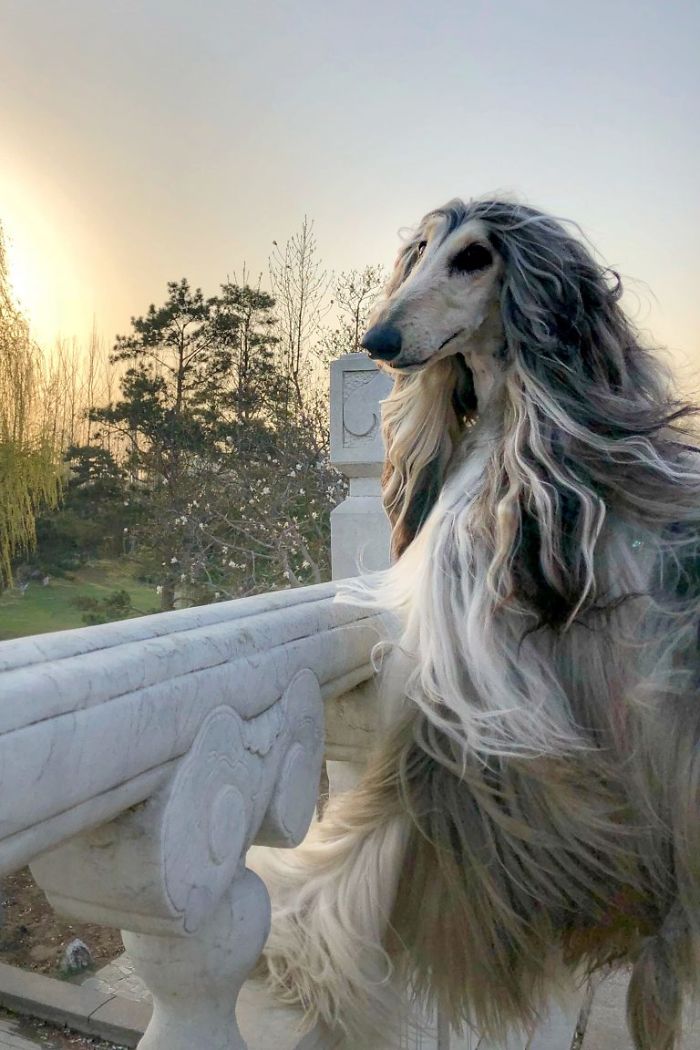 Battle is given regular baths every 7 to 10 days and his owner does everything by himself. 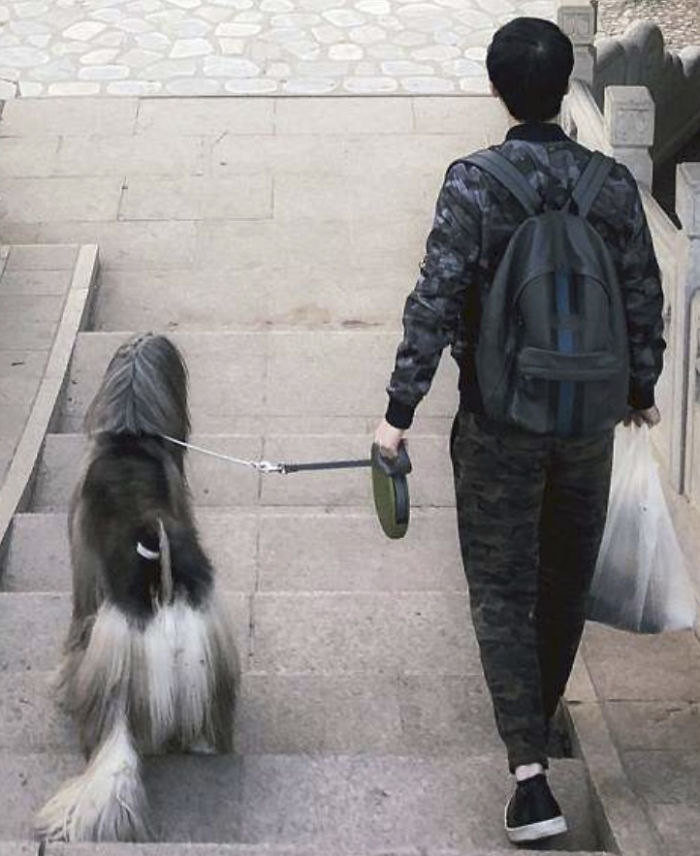 Don’t you think that this dog is worth it? 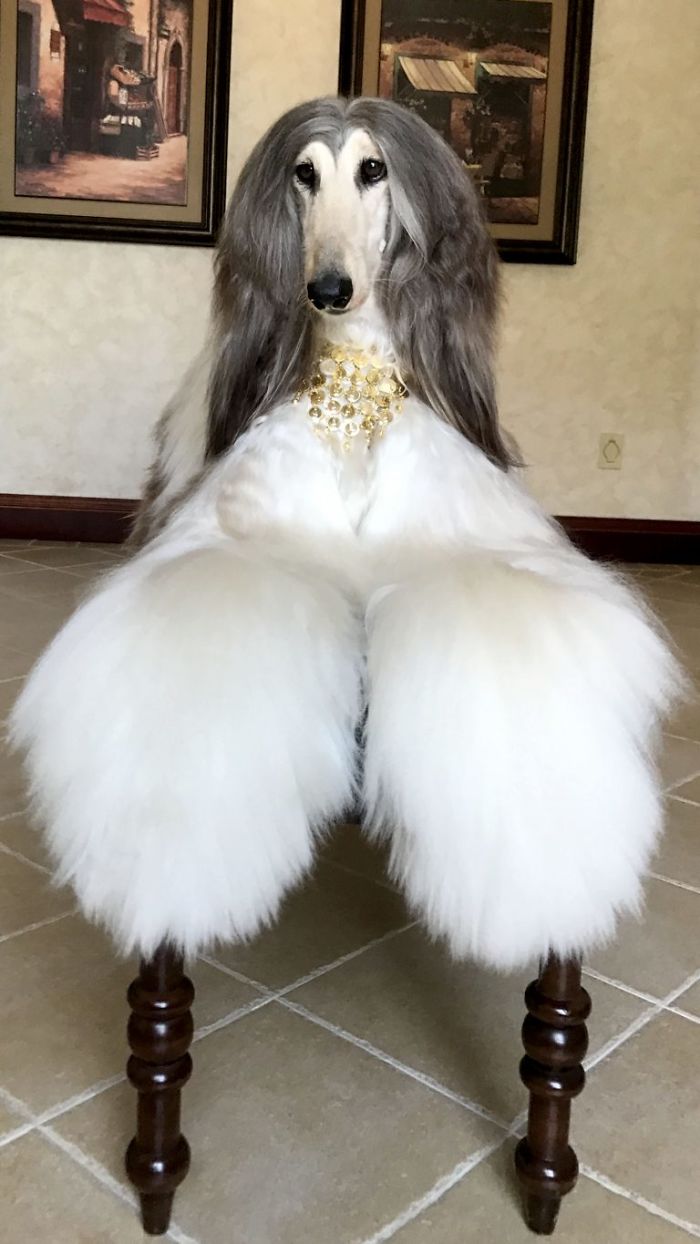 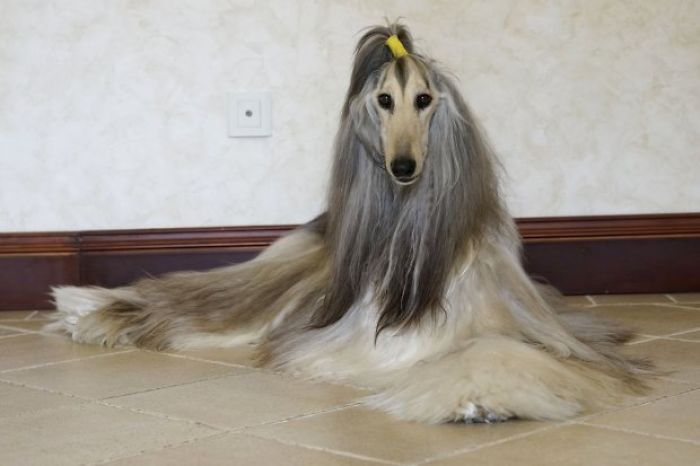 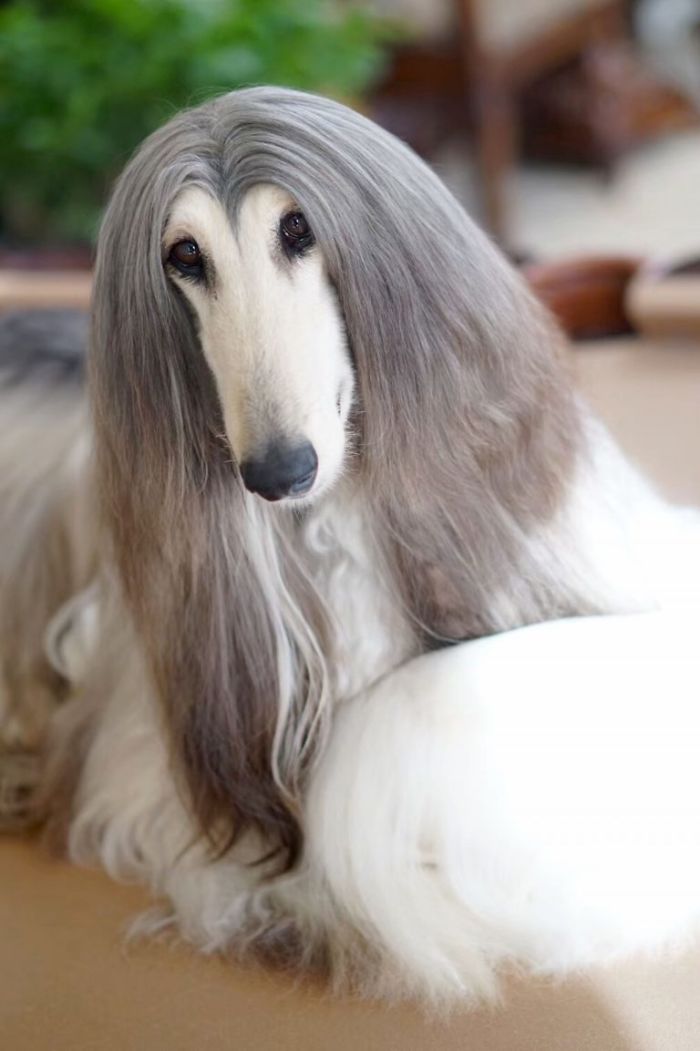 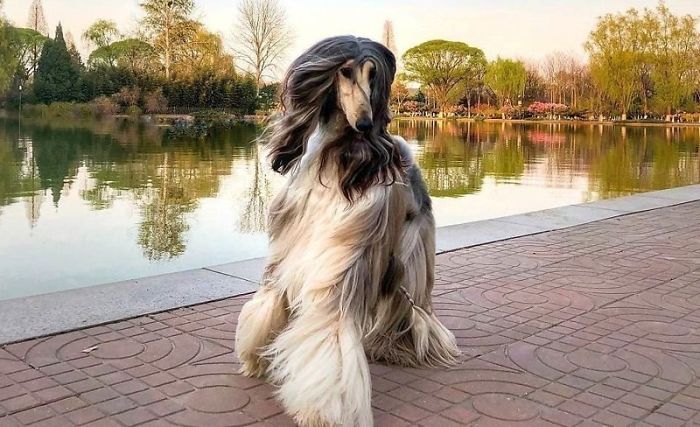 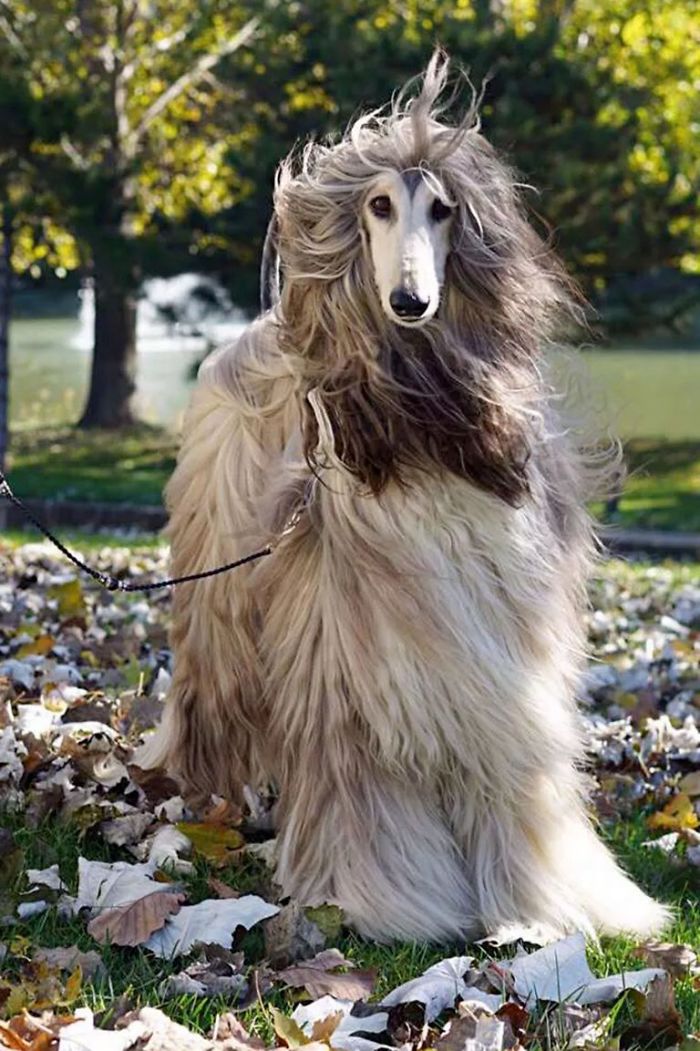